‘The church is rich in plate, dating before the Great Fire’ 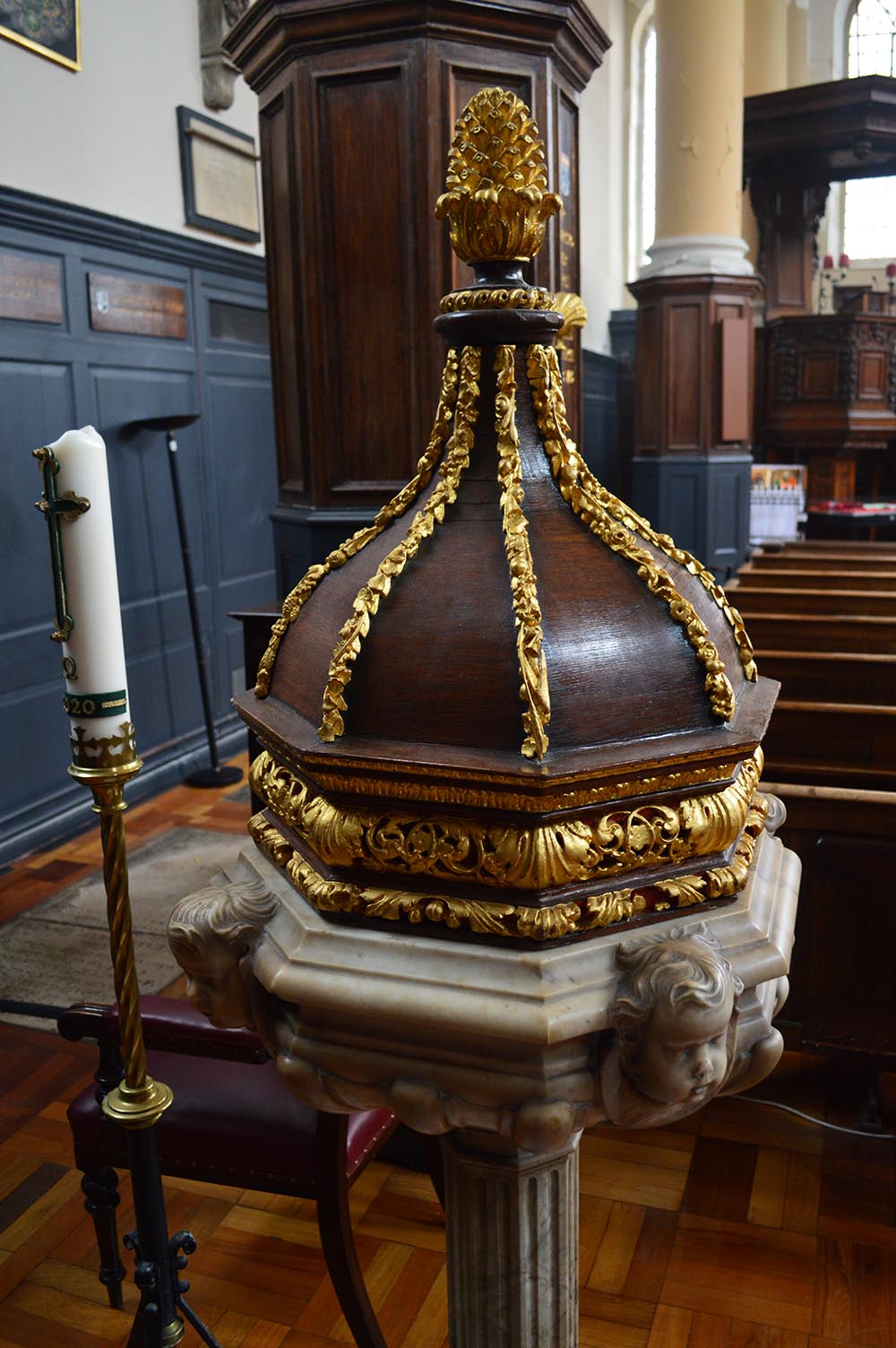 The baptismal font. The cover is part of the original woodwork from after the Fire

Like many churches, St James is fortunate enough to be able to tell much of its story through its treasures.

The first ever church register in England, dating from 1535 is from St James, and a number of parish registers are now kept in the Guildhall and the British Museum.

Christopher Wren could walk into St James today and largely remember the church he had designed and built.

The altar table, thought by many to have been carved by Grinling Gibbons, is actually the work of William Newman, but is original and has been used ever since its installation in the 1680s.

The church wardens' pews, and font cover are also all original woodwork. Wren might also recognise the choir stalls and pulpit, though he would be right to point out they had once belonged to St Michael Queenhithe before its demolition.

Saunders, in The Art and Architecture of London describes the “woodwork and carving throughout as exceptionally good”, though Rogers in Down Thames Street says “most of the work is rather heavy and not above the average to be seen in City churches”.

St James also has a remarkable set of church accounts and registers.

One set dates from 1682, when the church was first opened following its rebuilding. It shows items such as:

The year after, the church

And an entry in 1690 shows the parish spent 1s 6d ‘when we went enquiring after Papists’!

St James Garlickhythe has an enviable collection of church plate, albeit now housed in various museums.

There is also a chalice and paten from All Hallows the Great.

A dozen other pieces survived the Great Fire, including a 1639 Chalice of St Michael Queenhithe inscribed "ex dono Leonardi Hamond. For a Fine not Sarvin Churchwarden".

There are also two loving cups, from St Michael Queenhithe and St Martin Vintry, and the City's only silver font bowl for private baptisms. 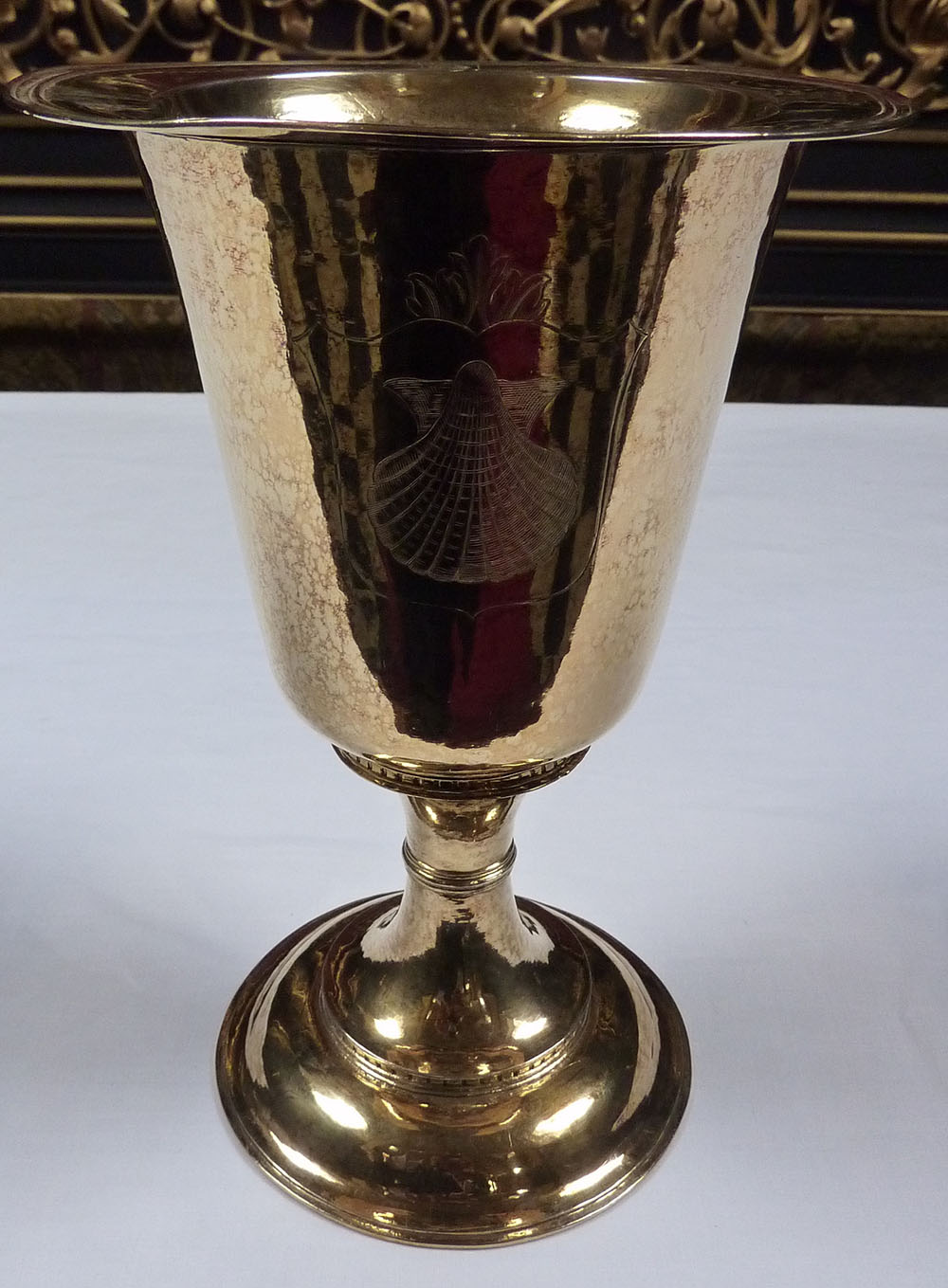 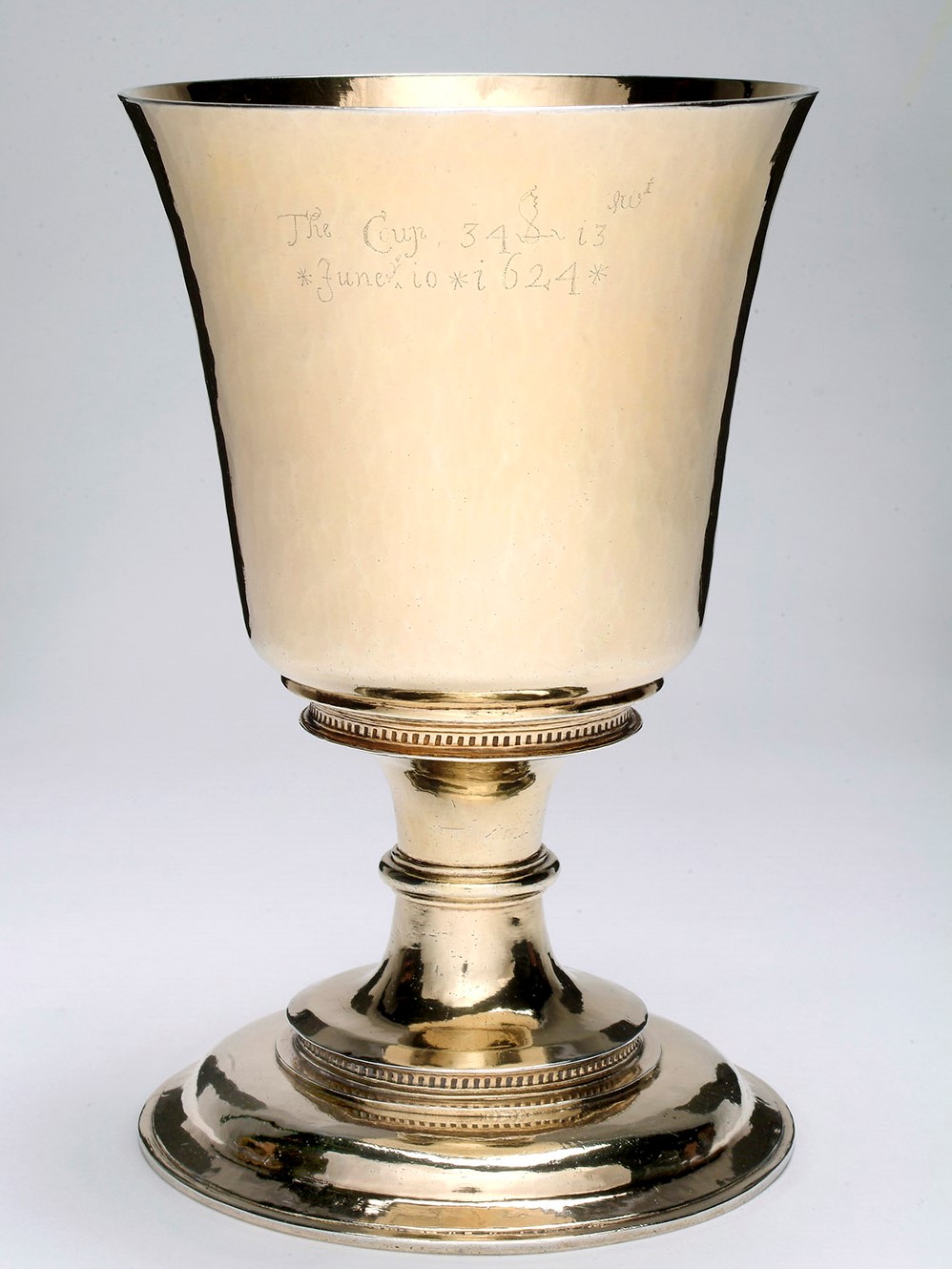 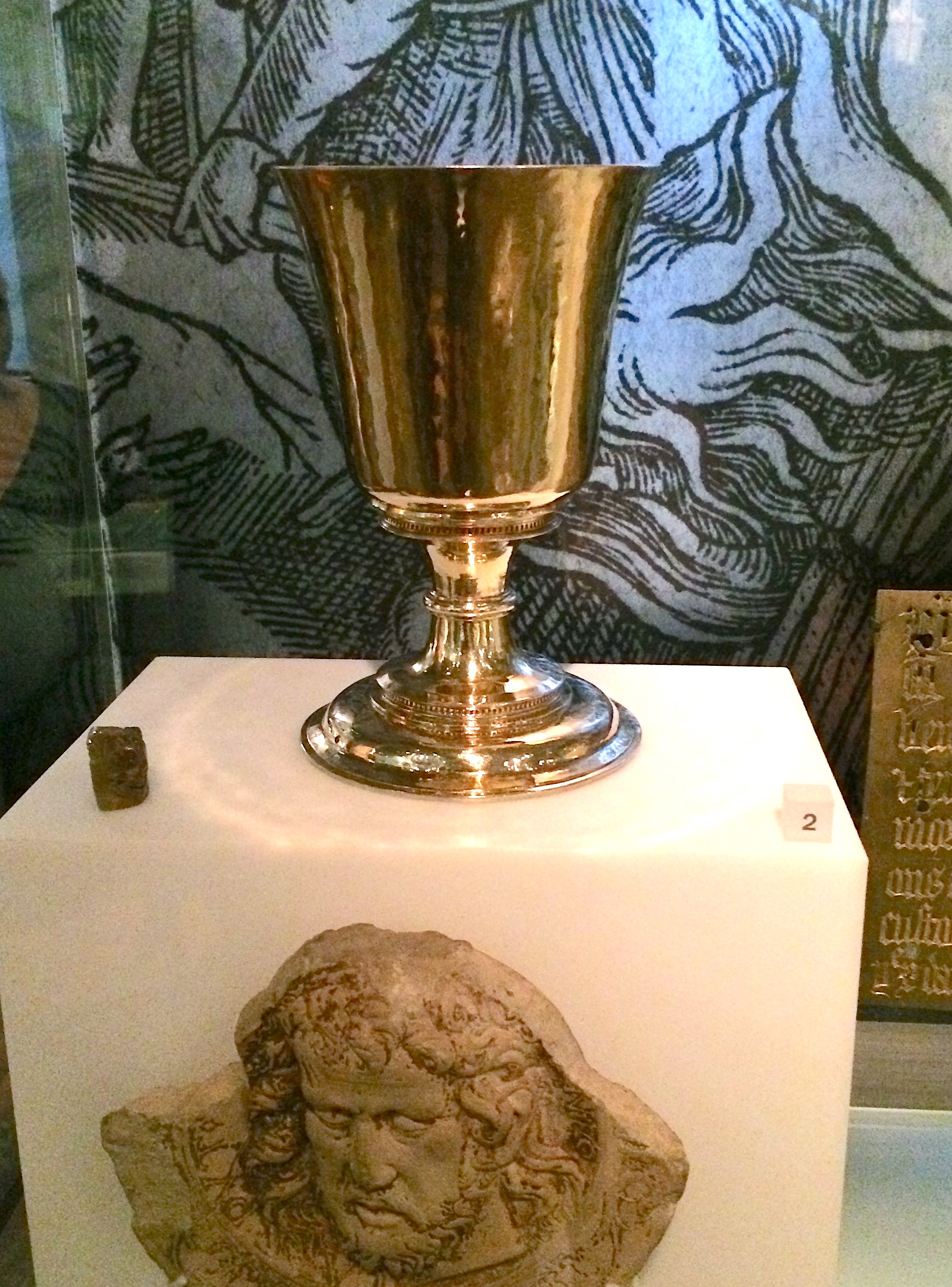 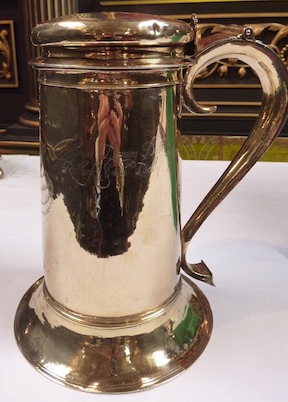 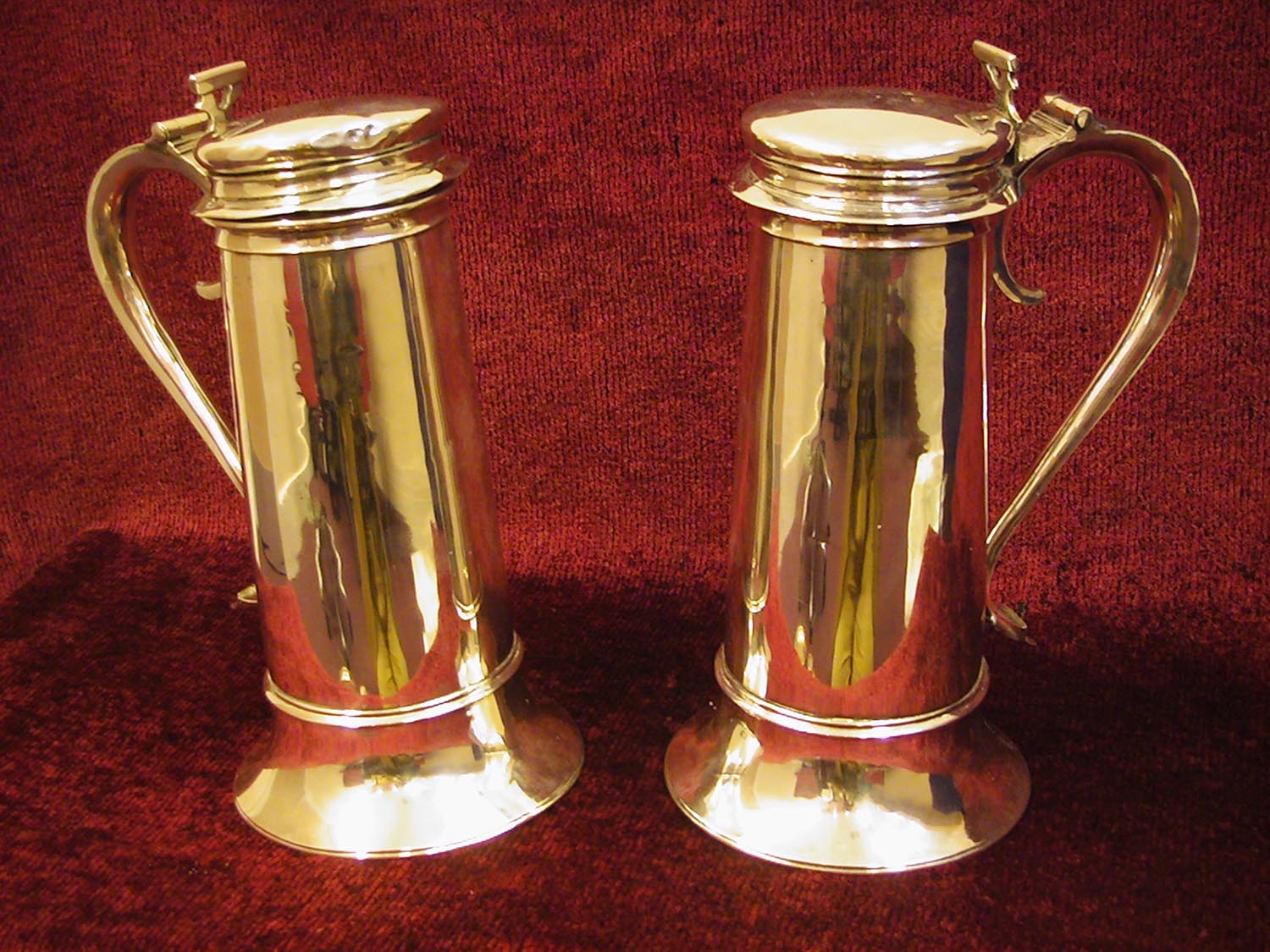 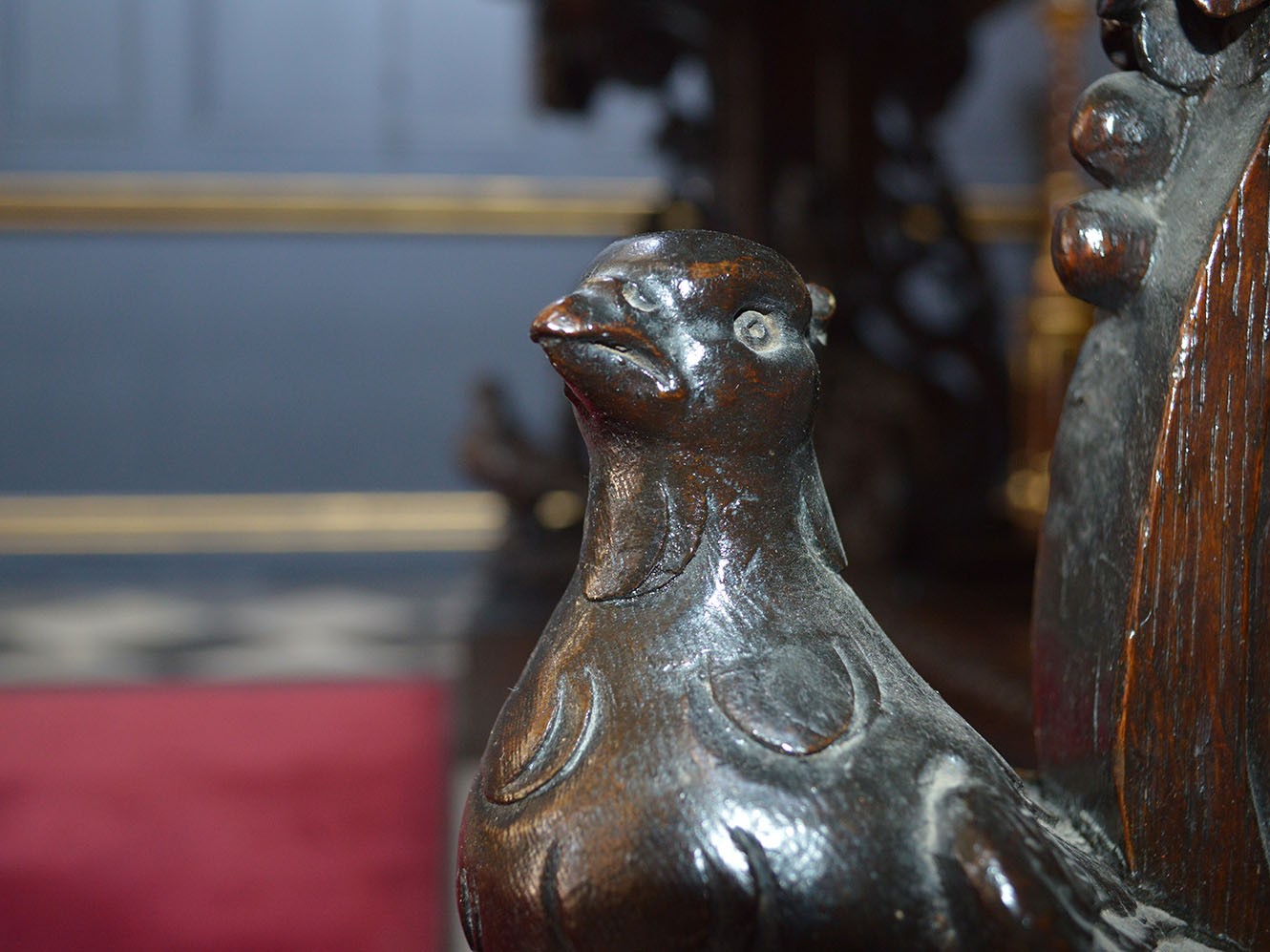 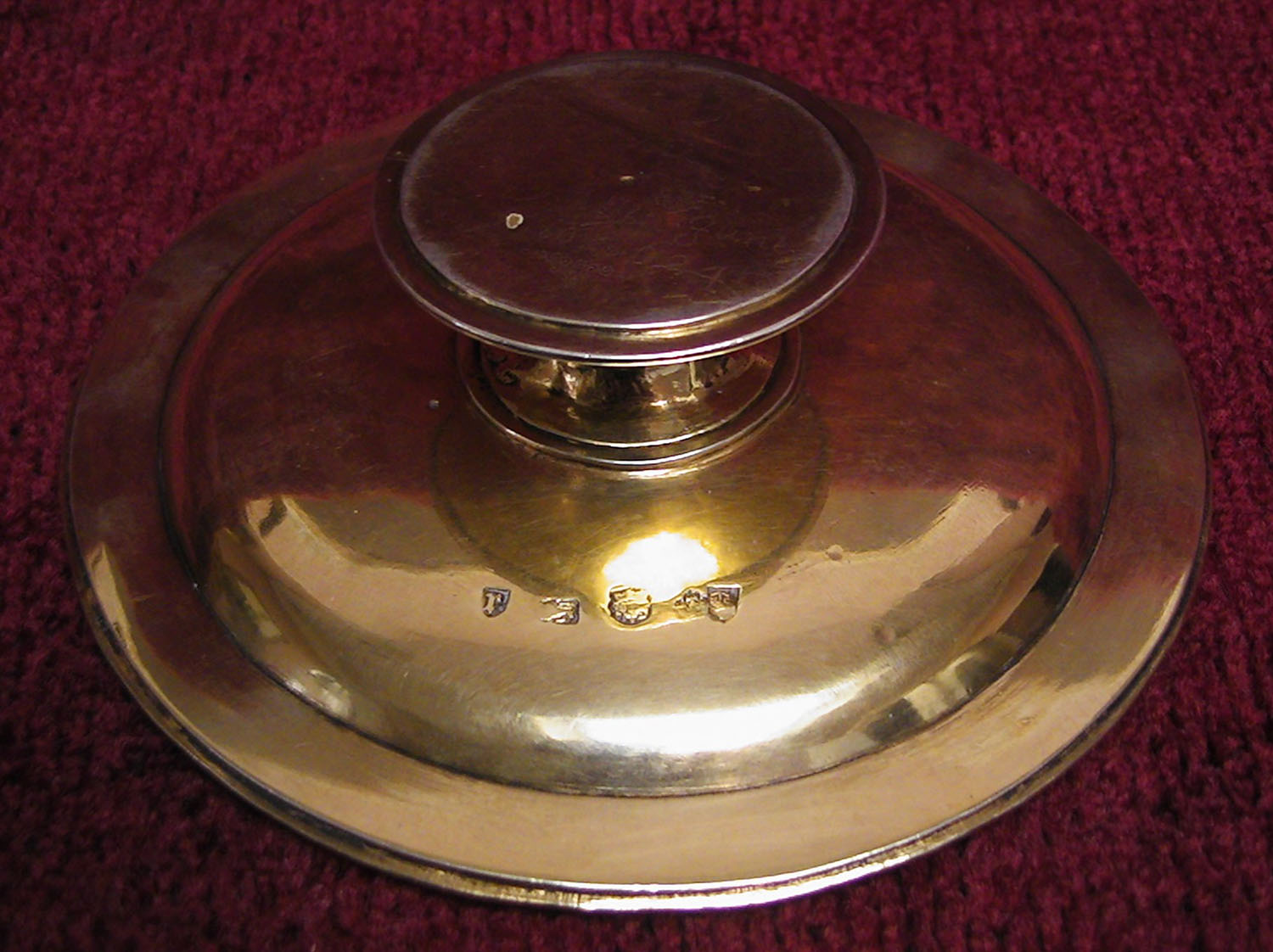 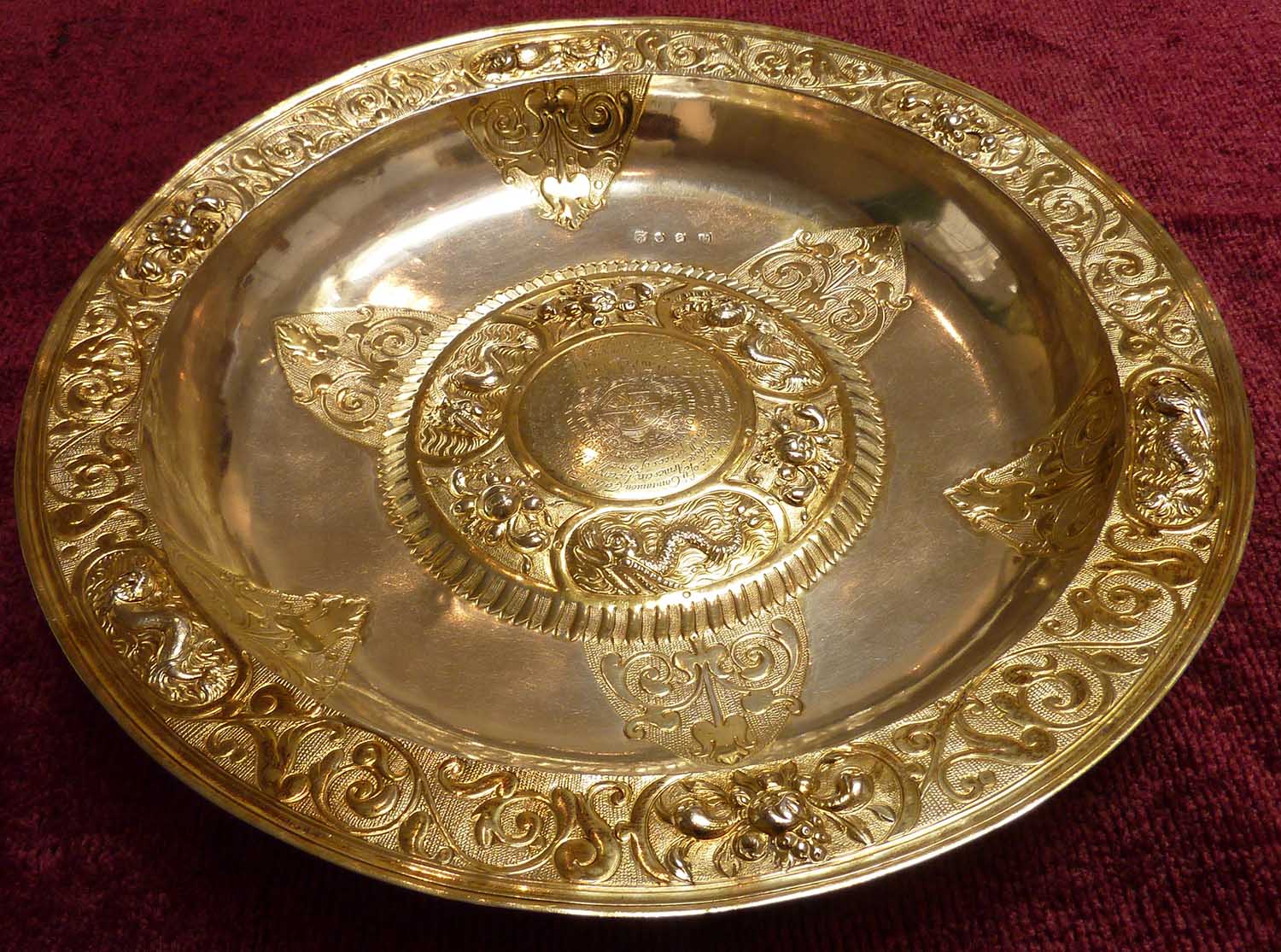 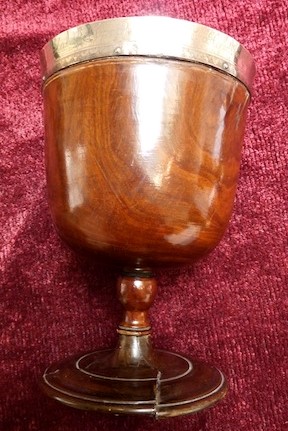 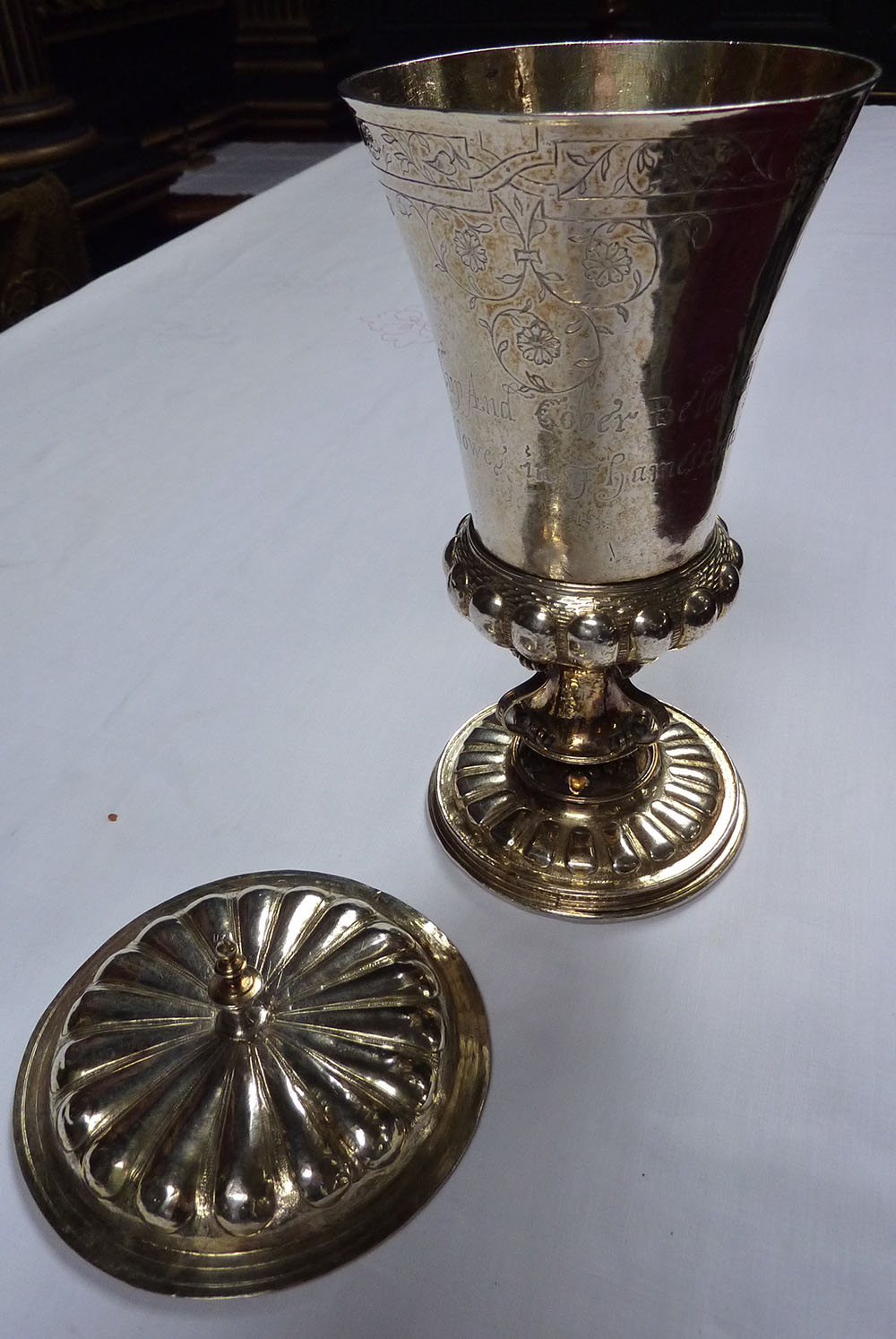 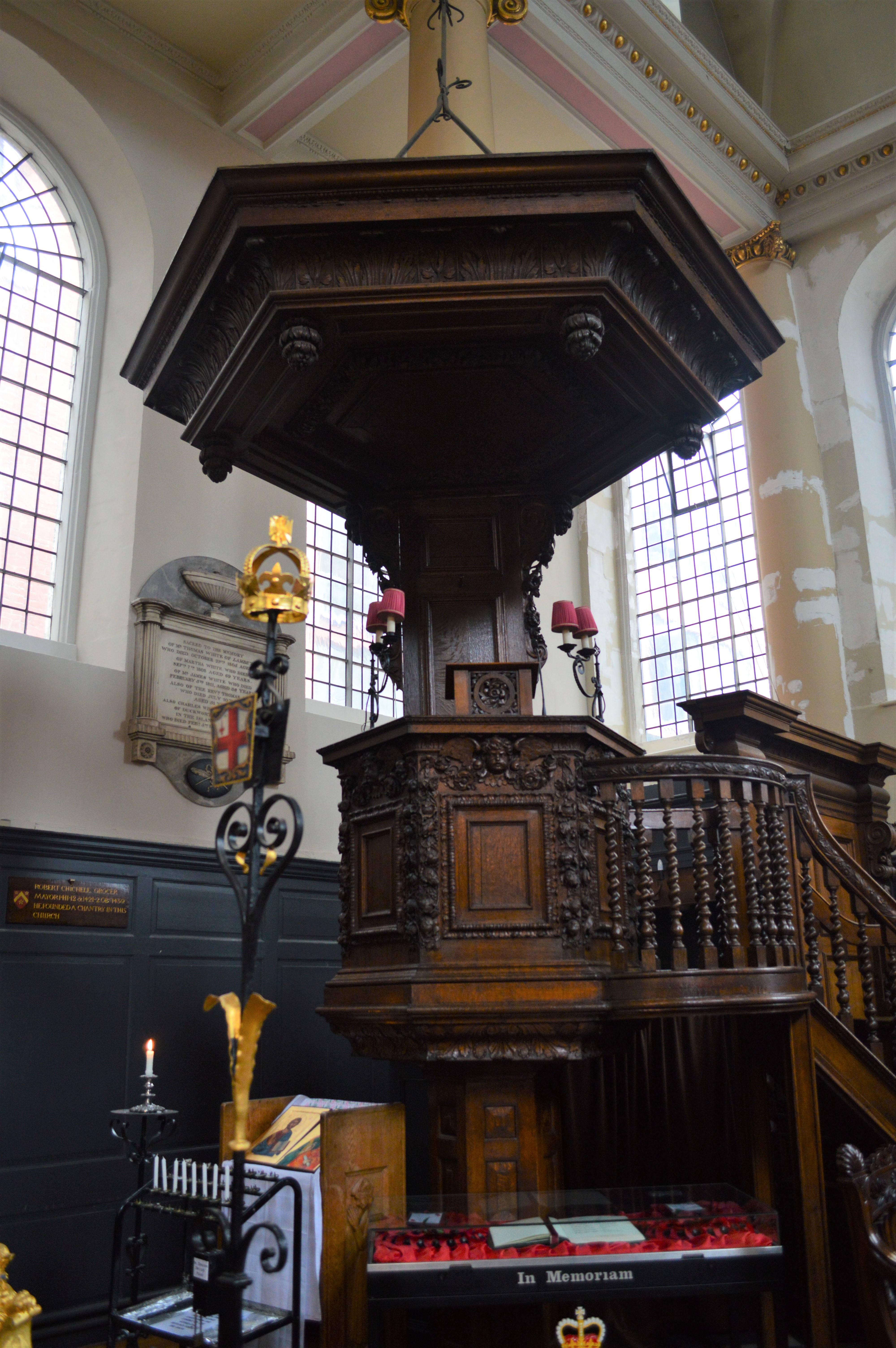 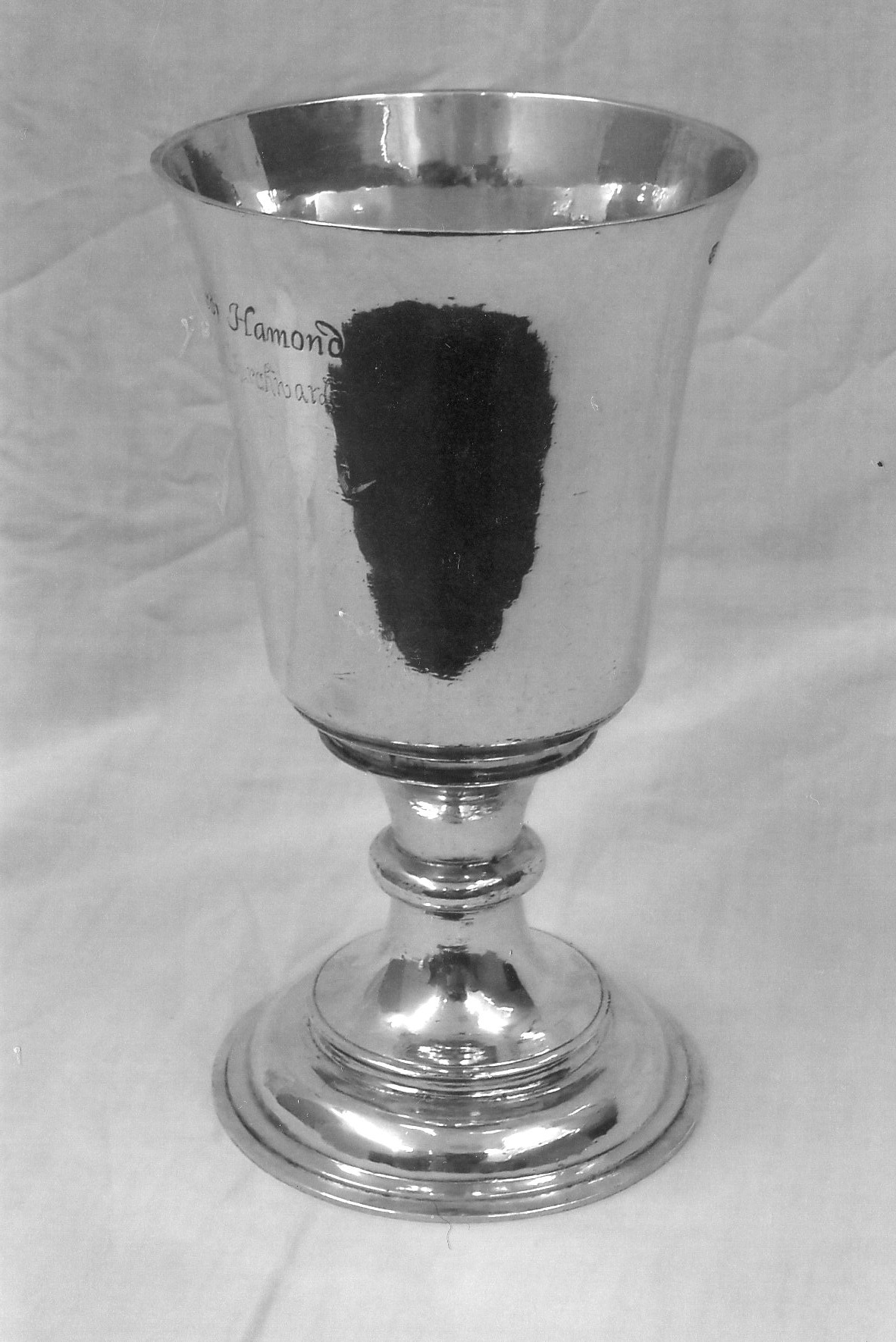 A chalice dating from 1549, the date of the First Prayer Book of Edward VI

This silver-gilt cup from the church of St James Garlickhythe has a slightly conical bowl, the date mark for 1552, and the maker's mark 'T.L' in a plain shield. It is one of a very small group of surviving Edwardian church plates and is an important example of its type. During Edward VI's reign, the church wardens were obliged to convert their parish plate into vessels suitable for Protestant worship. When Mary became Queen in 1553, the church vessels had to be changed again, for the restored Catholic ritual. The business of exchanging and converting plate provided lucrative employment for London goldsmiths.

A chalice from 1552, the date of the Second Prayer Book. Photo courtesy: the Museum of London

A 1670 Loving Cup, used at ceremonial dinners and passed between guests

The pulpit is original post-Fire but, like the choir stalls, was taken from St Michael Queenhithe when that church was closed in the diocesan reorganisation of 1875

A chalice dating from 1638
Previous Next

One of our best treasures is our Royal Jubilee Bells. Read more here: