‘On the 15. of June, Wat Tylar being slaine, the king went to this Ladie Princesse his mother, then lodged in the Tower Royall, called the Queenes Wardrobe: which Tower was in the Parish of St. Michael de Pater noster’

A Survey of London, by John Stow: Reprinted from the text of 1603 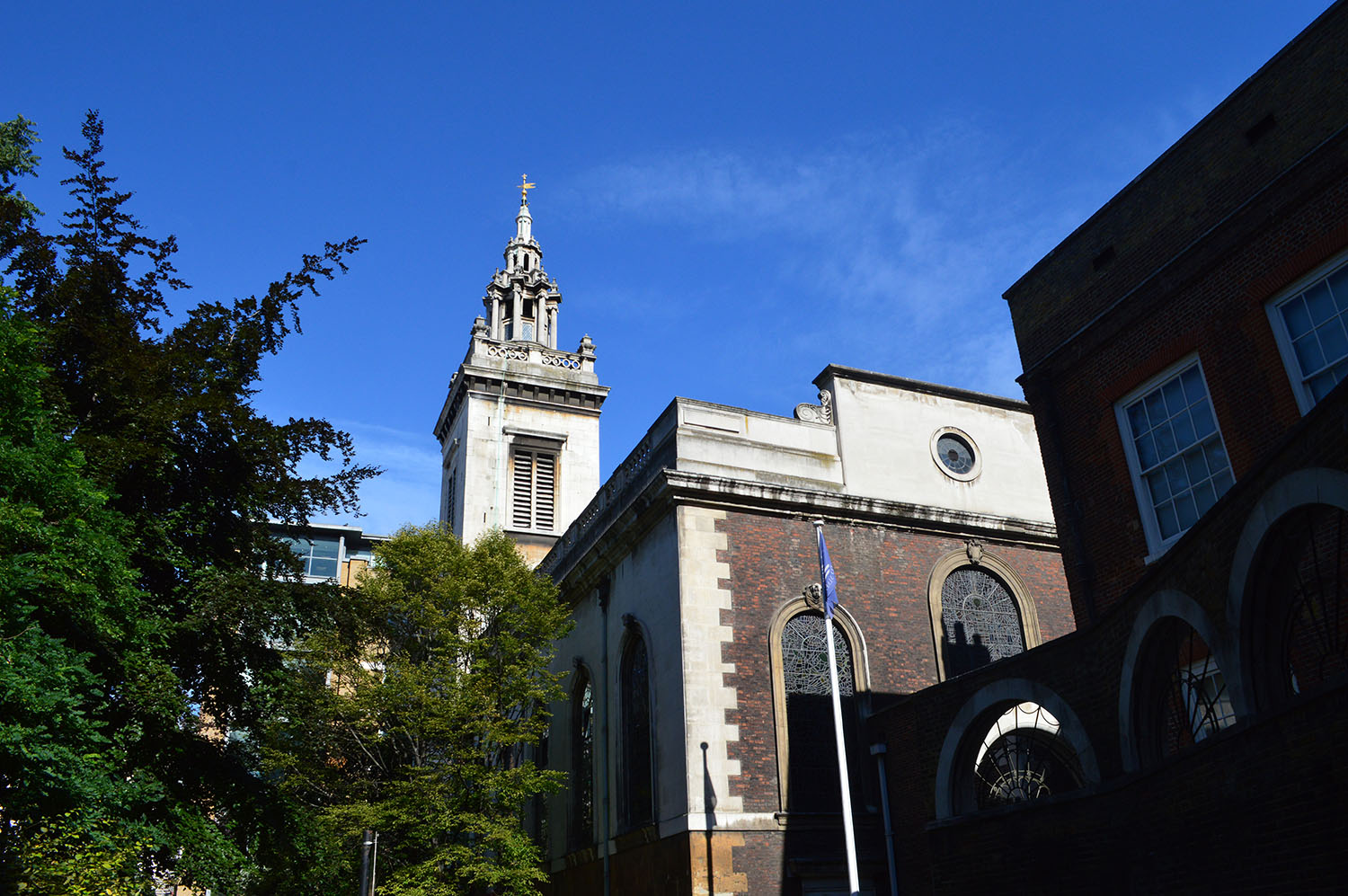 The only other surviving church within the parish is St Michael Paternoster Royal.

The church was founded by Richard ‘Dick’ Whittington, Mercer and four times Lord Mayor of London.

The original church stood on College Road, which was once named Paternoster Lane, as it was the place where rosaries were made and sold. Nearby was another road: Le Ryole, a corruption of the town of La Reole in Bordeaux, and the site of wine merchants. It was also the home of a royal tower which, among other things, protected the Queen Mother during the Peasants' Revolt of Wat Tyler in the 14th century, after the fall of the Tower of London.

Richard Whittington was buried on the south side of the altar, and a stone now marks the site.

The medieval church was destroyed in the fire, and the rebuilt parish amalgamated with St Martin Vintry (a site now occupied by offices on the south-east corner of Queen Street and Upper Thames Street).

The church was re-opened in 1968 and became home to the Mission to Seafarers.

It is now a chapel within the jurisdiction of the Bishop of London. It is ‘home’ to half a dozen livery companies, and is available for weddings and baptisms. 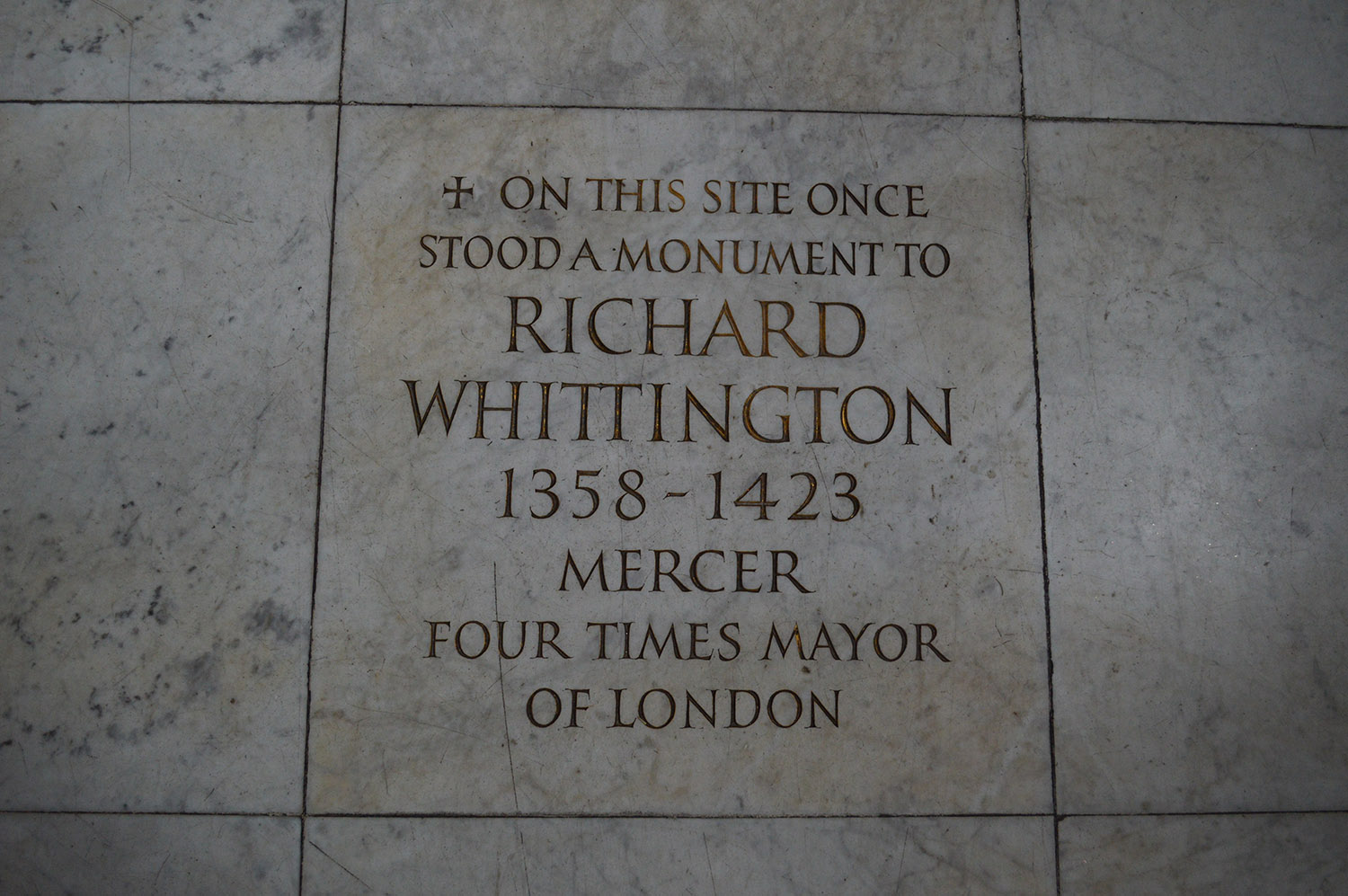 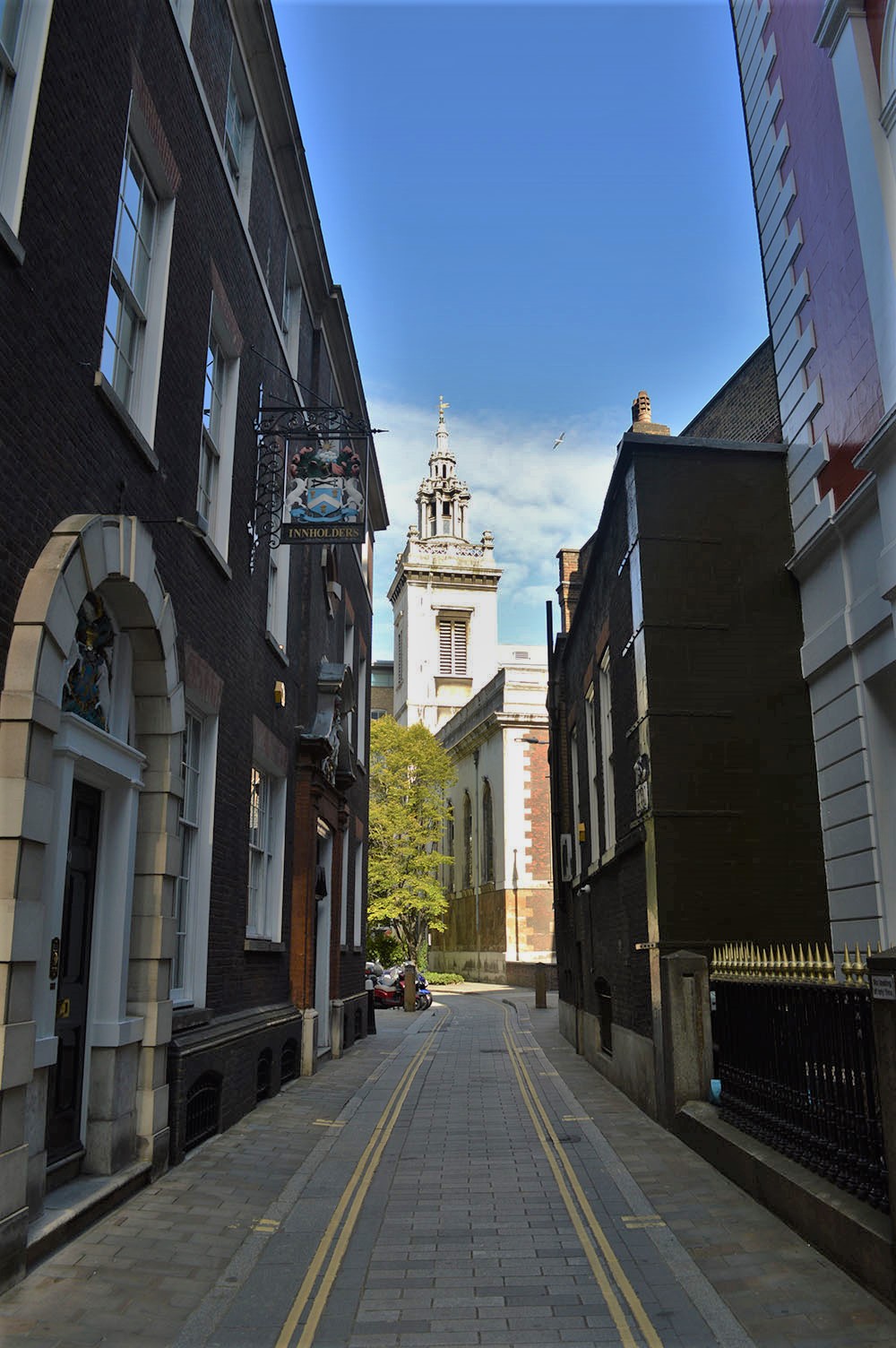 The view of St Michael's along College Street. On the left is the hall of the Worshipful Company of Innholders 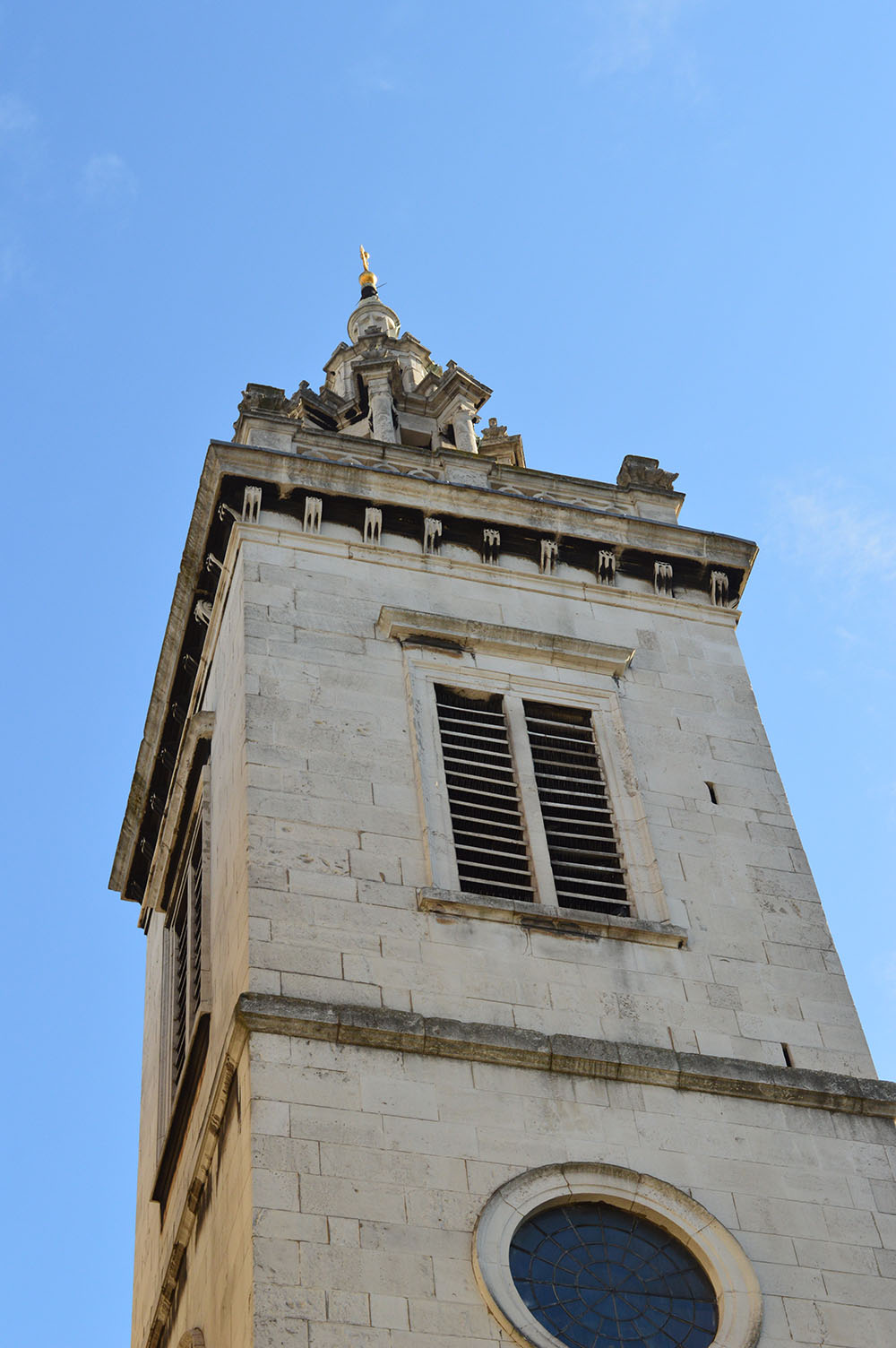 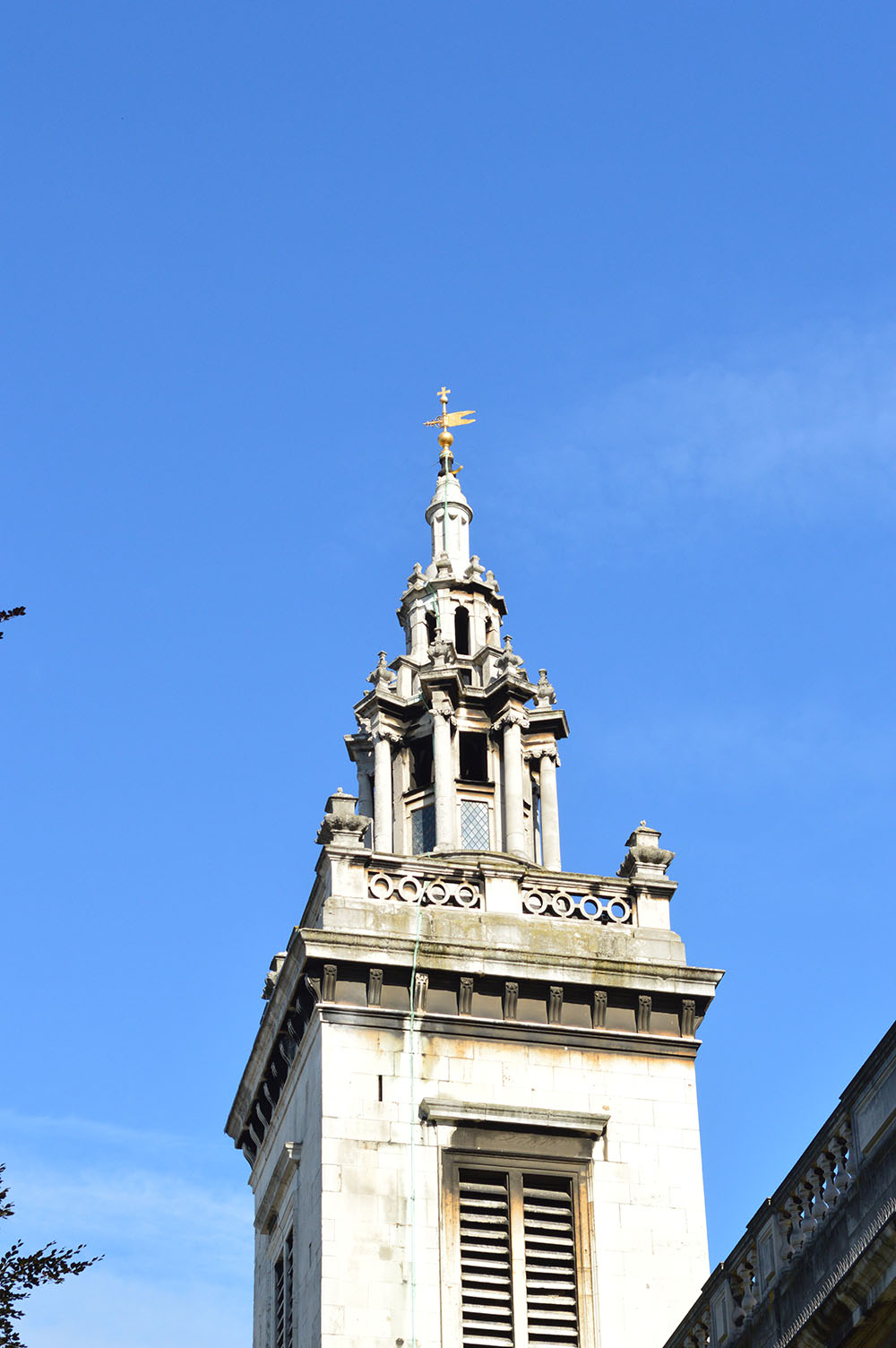 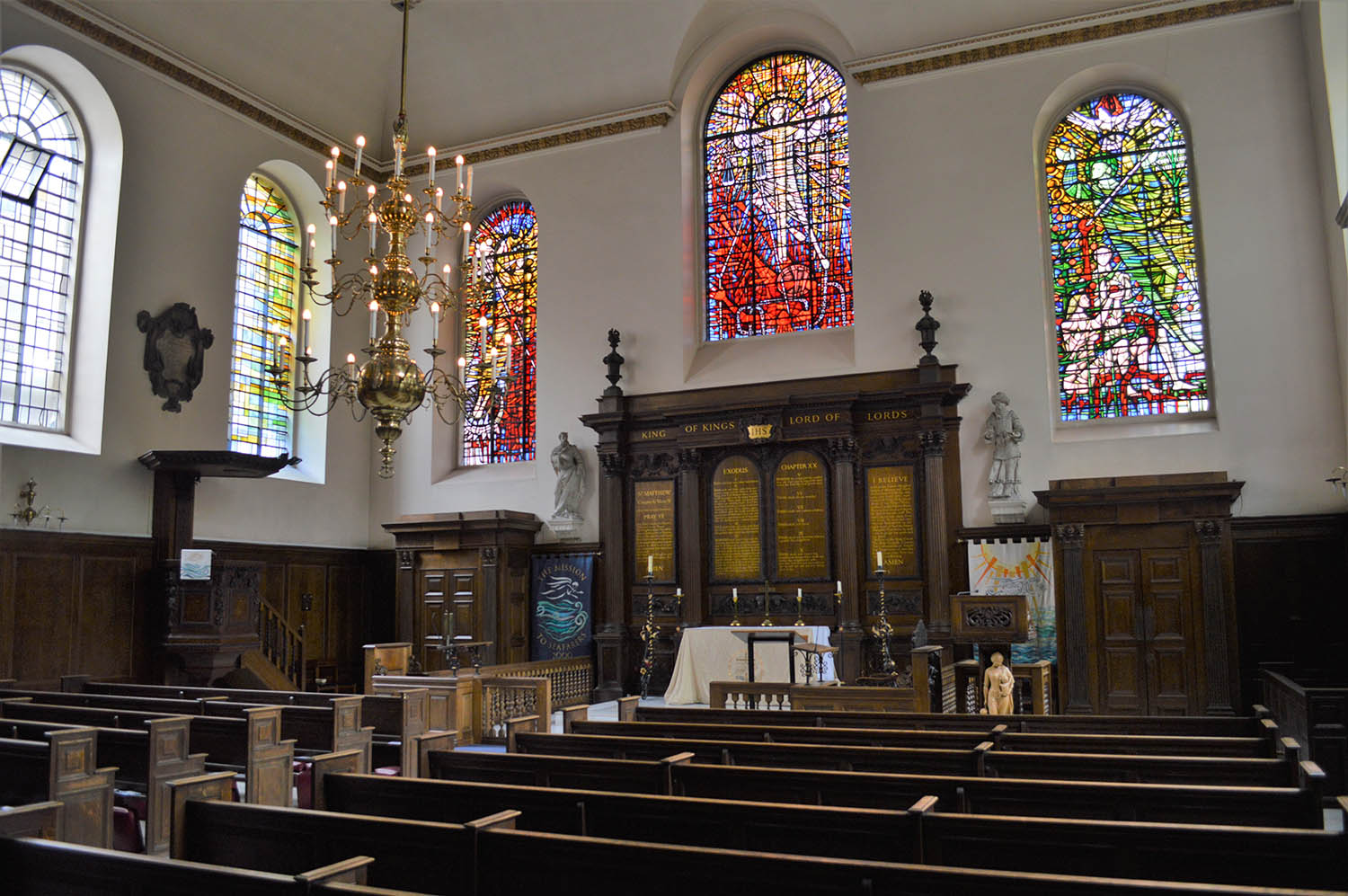 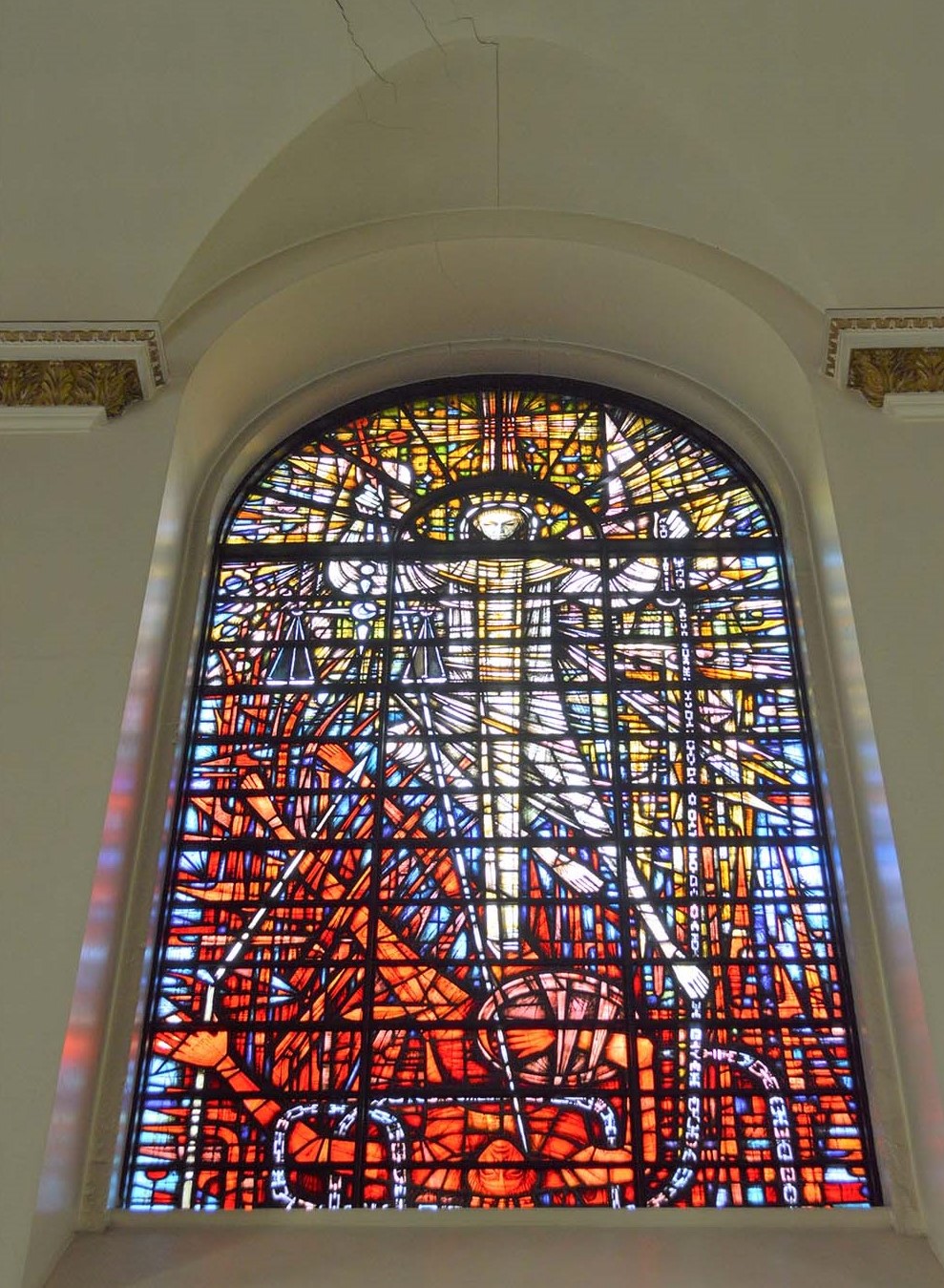 A stained glass window depicting Dick Whittingon and his cat

Read about the rest of the St James Garlickhythe parish here: