‘In the old days it was known as “Wren’s Lantern”, and although for a hundred years its east window has been entirely blocked up, and the lighting thereby reduced, it may still with complete justice claim that description’ 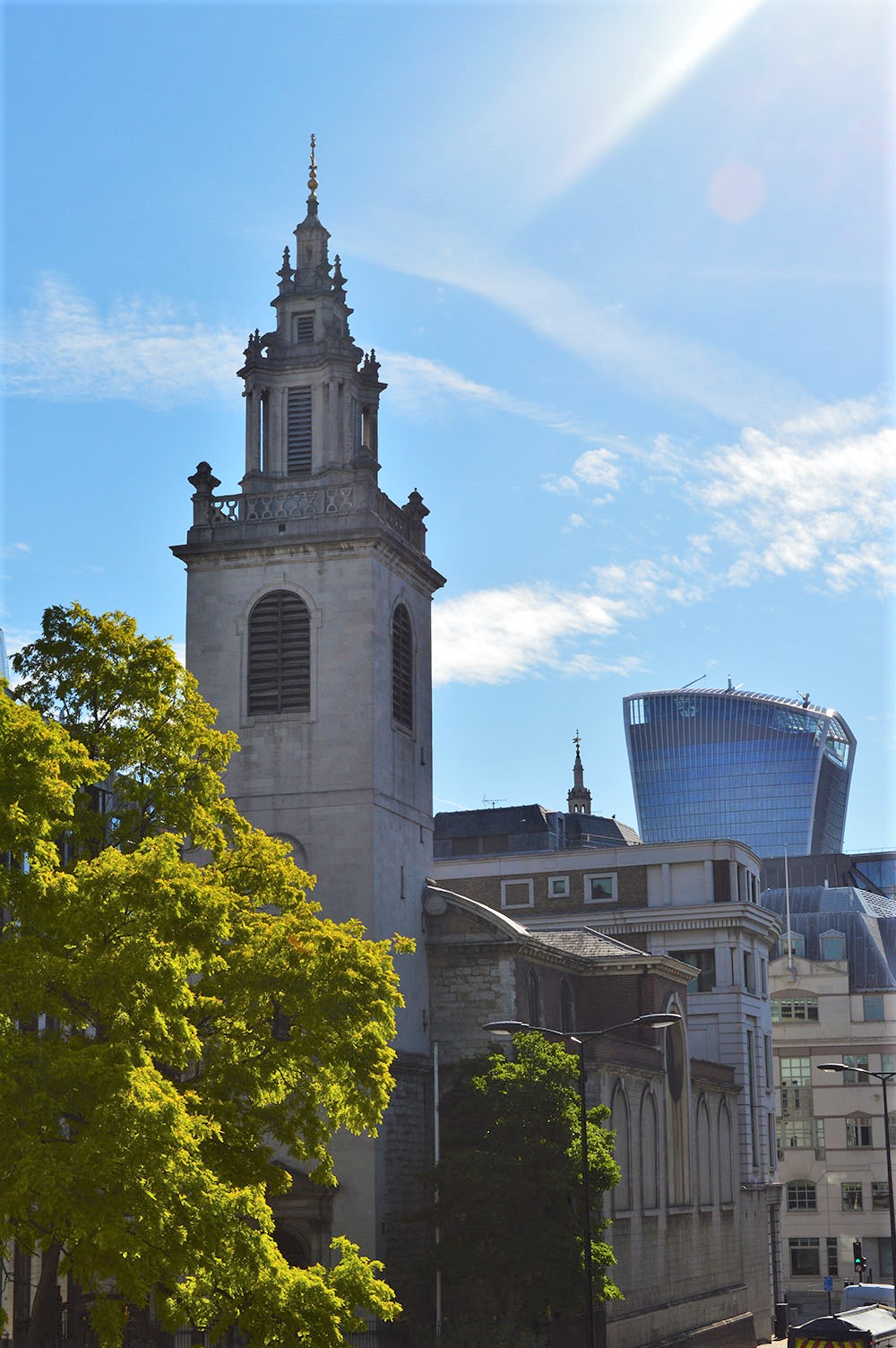 One of the glories of The City of London is its skyline. Now punctuated by soaring office blocks in the east, in the west it is still the steeples of its Wren churches that define the horizon. St James is an honoured part of that rich landscape.

The exterior of the church is deceptively simple. The steeple, however, is one of the City’s most beautiful and ornate. It is probably the work of Nicholas Hawksmoor and dates from around 1714-17.

Inside, the gallery with its handsome double staircase, was added to accommodate the organ, which was installed in 1718 by Johann Knoppell.

The ceiling is the highest of any City church and Wren was so successful at introducing natural light into the church that it became known as 'Wren's Lantern'.

In the early nineteenth century, the great east window was found to be causing a structural weakness and was replaced in 1815 by a painting of the Ascension by Andrew Geddes. This was given to the Church by the Revd Dr Thomas Burnet, then assistant curate, who was to spend his entire ministry in the Parish. The present frame is a gift of the Joiners and Ceilers Company.

St James is unusual among City churches in having a structurally separate chancel, which was enlarged in 1876 to take the pulpit, with its wig peg, and the choirstalls, which came from St Michael Queenhithe. The finely carved and painted Stuart coat of arms on the south wall is also from St Michael's, while St James' Georgian arms are displayed on the north wall.

The original woodwork includes the altar table carved with doves, the font cover and the churchwardens' pews at the west end. The font is of marble with carved cherubs' heads.

The original ironwork includes the mayoral sword rest with lion and unicorn supporters on the south side. Those on the north side are from St Michael Queenhithe, as are the hatchments - two royal on silk, commemorating King George III and Princess Charlotte Augusta, daughter of King George IV, and two private on canvas.

In the 00s, a new parish room was built on the site of an old yard in the north-east corner of the church. During the construction, a family burial vault was discovered beneath the yard. The ‘wisdom’ of the time was that it be filled with concrete, coffins et al. There is a memorial to the family, the Slaney’s, near the church entrance to the parish room.

There are other moving, and disturbing, monuments on the walls. One is to the Nesham family, which remembers the death of Sarah, aged 43 and goes on to record the deaths of fifteen of their children, most of whom did not reach their first birthday: a testament to the high child mortality rates of the times.

The other remembers the White family, one of whose members was Charles White Williams who owned the Duckworth Plantation in Jamaica with over 200 slaves. He died in 1832 and was buried in the churchyard of St Michael Queenhithe. The monument on the north wall was paid for from money from his will.

There are also wooden plaques on the south and north walls commemorating former Lord Mayors and other dignitaries who had monuments in the pre-Fire churches that make up the parish. 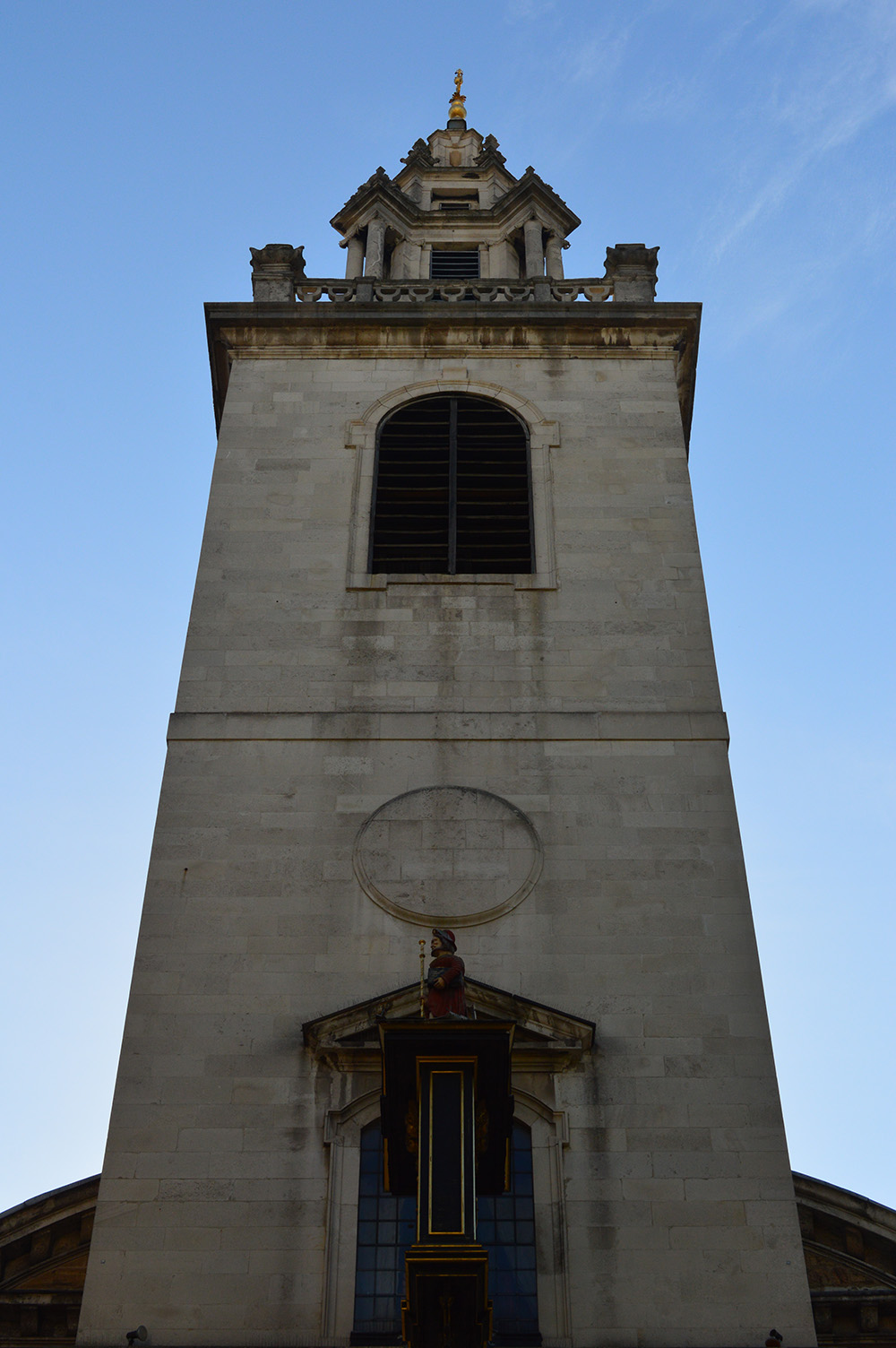 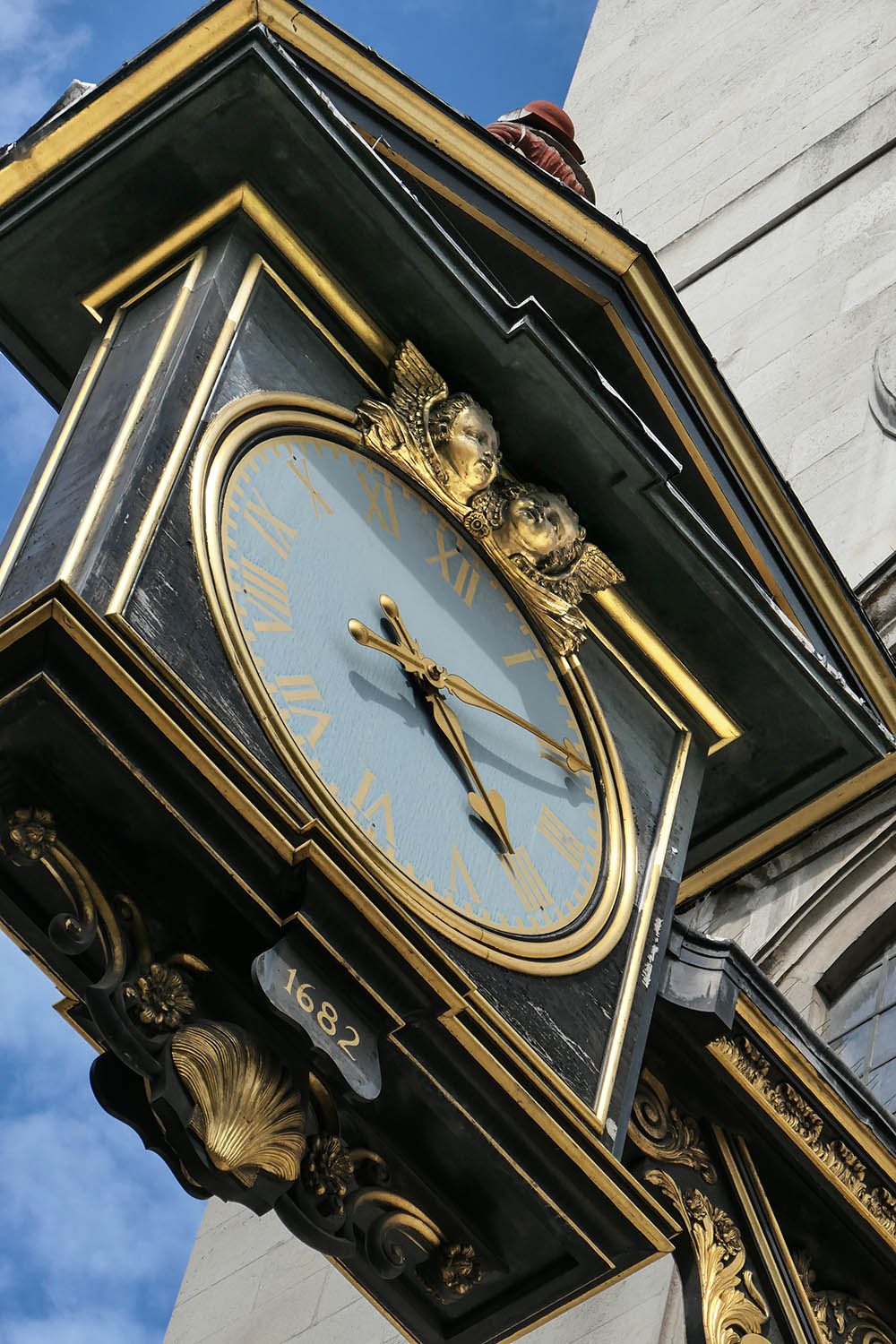 The church clock, destroyed in The Blitz, but now fully restored 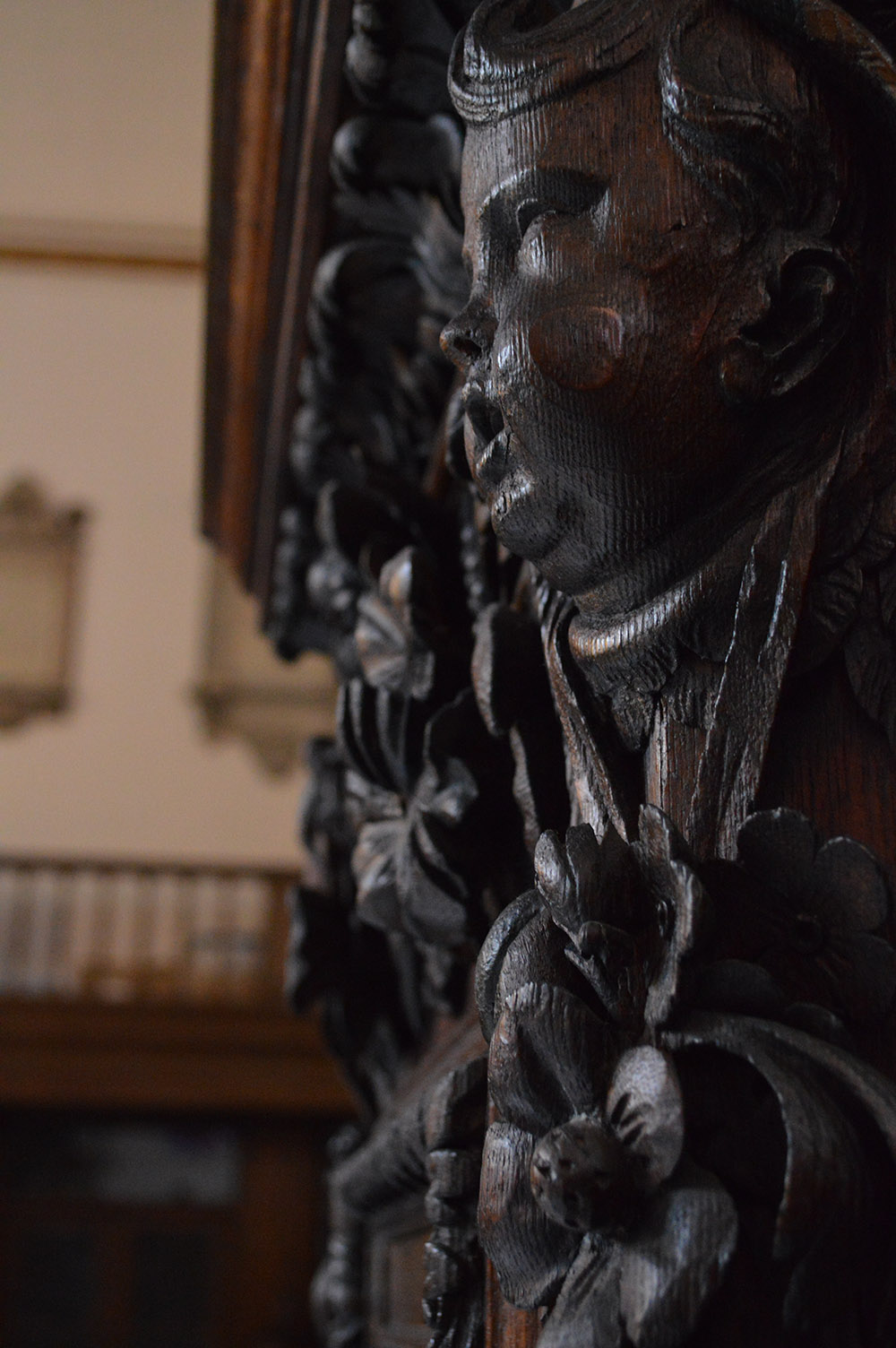 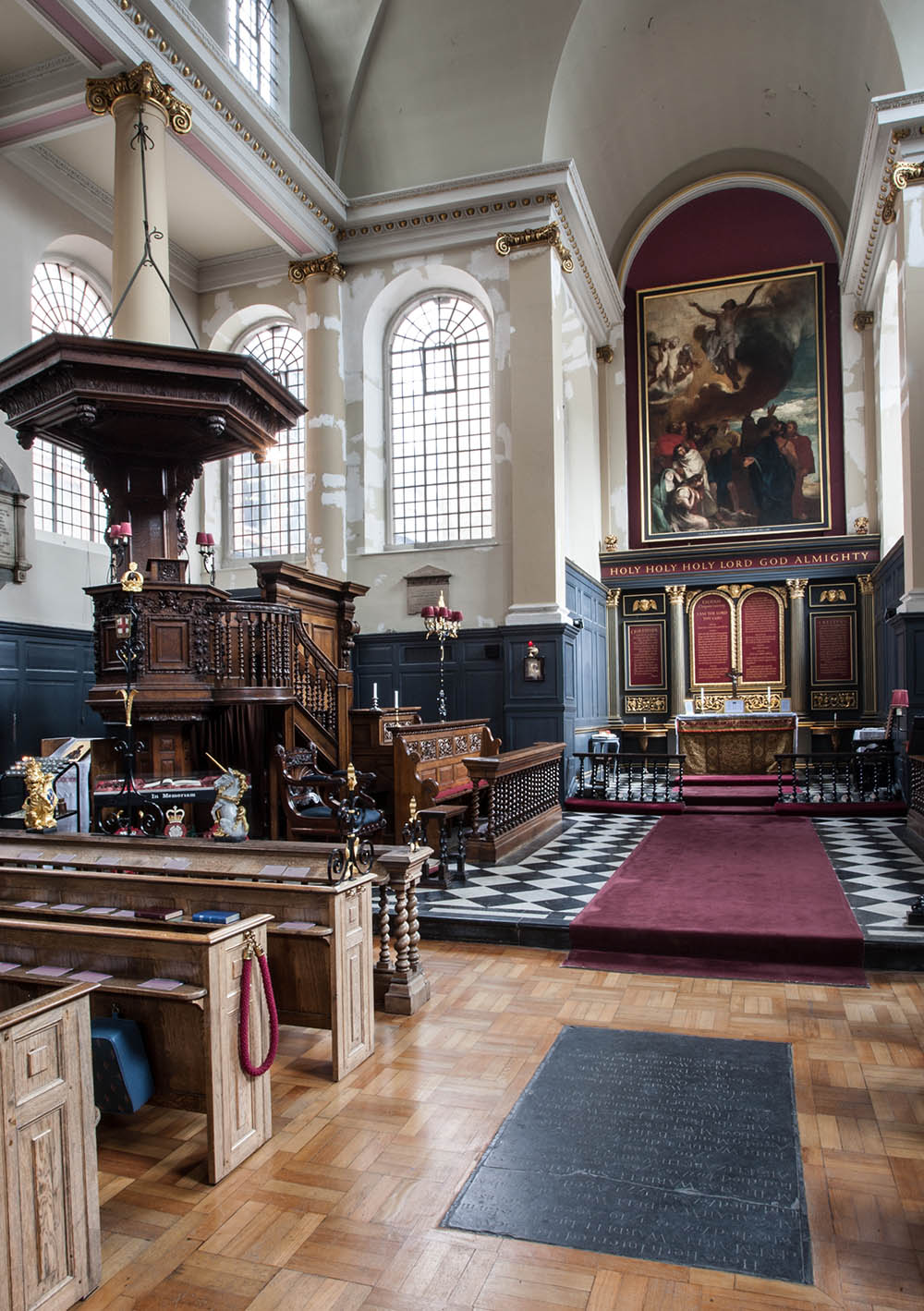 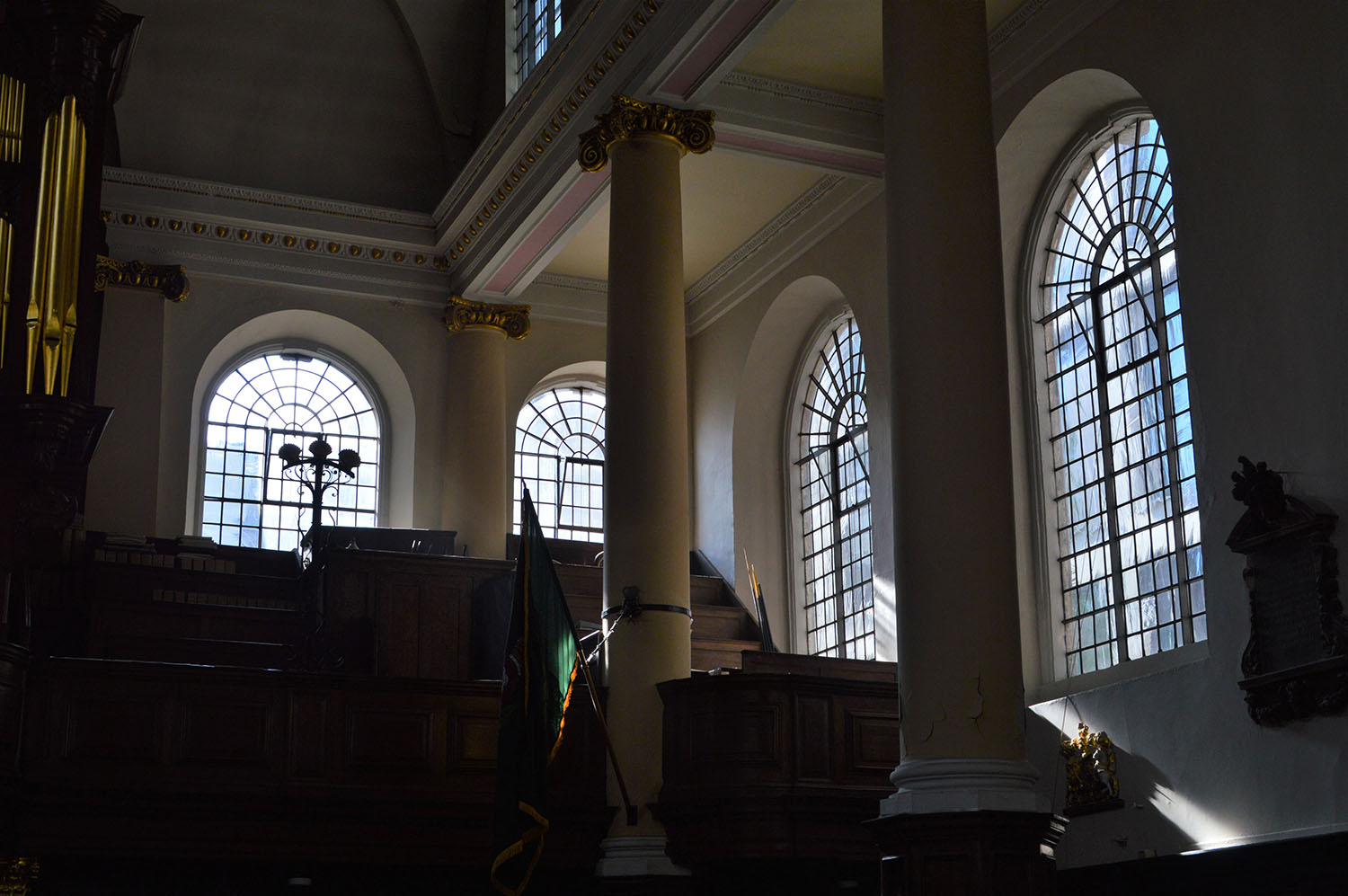 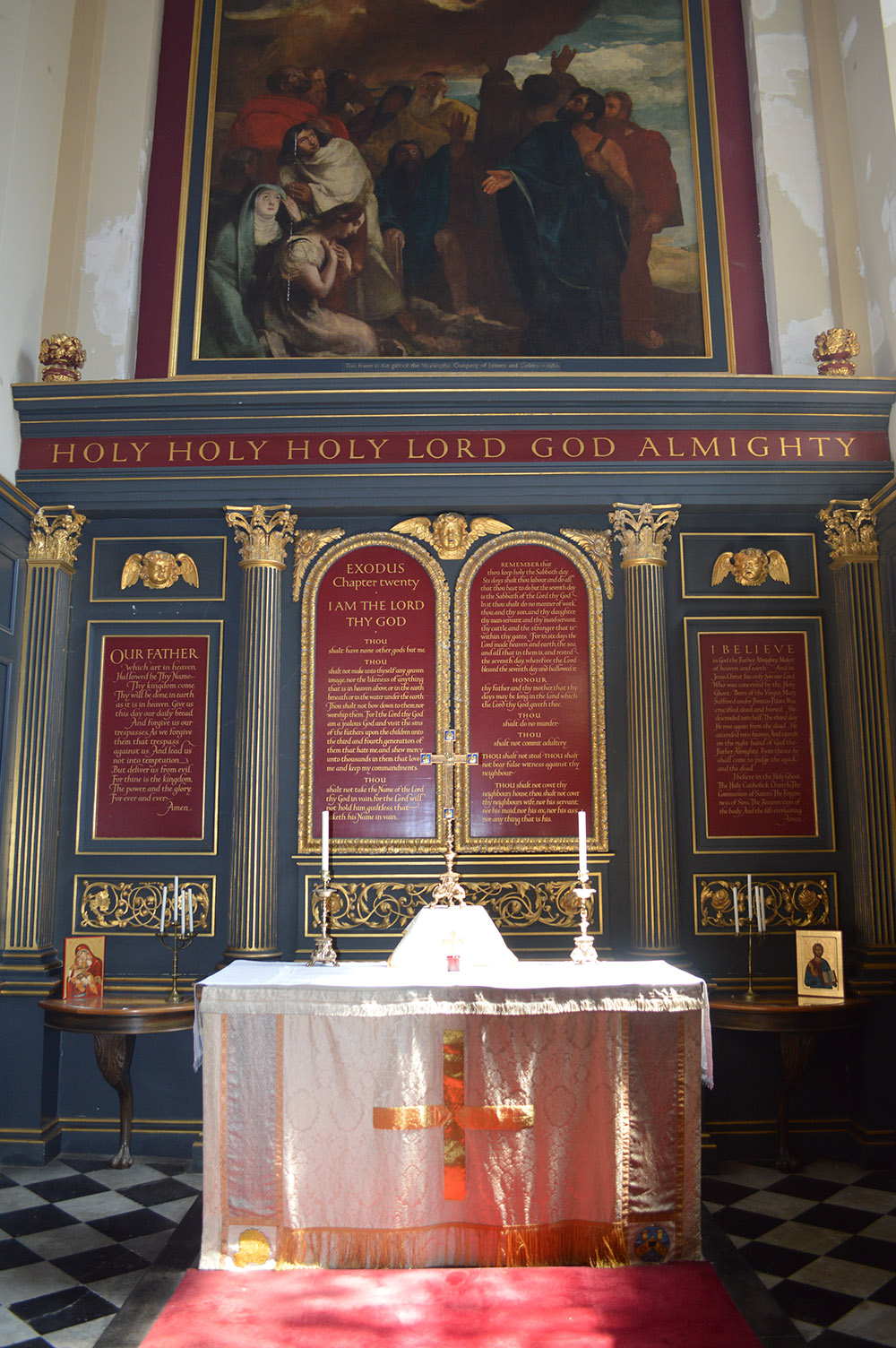 The sanctuary at St James is separate to the church: the only such example among Wren's churches 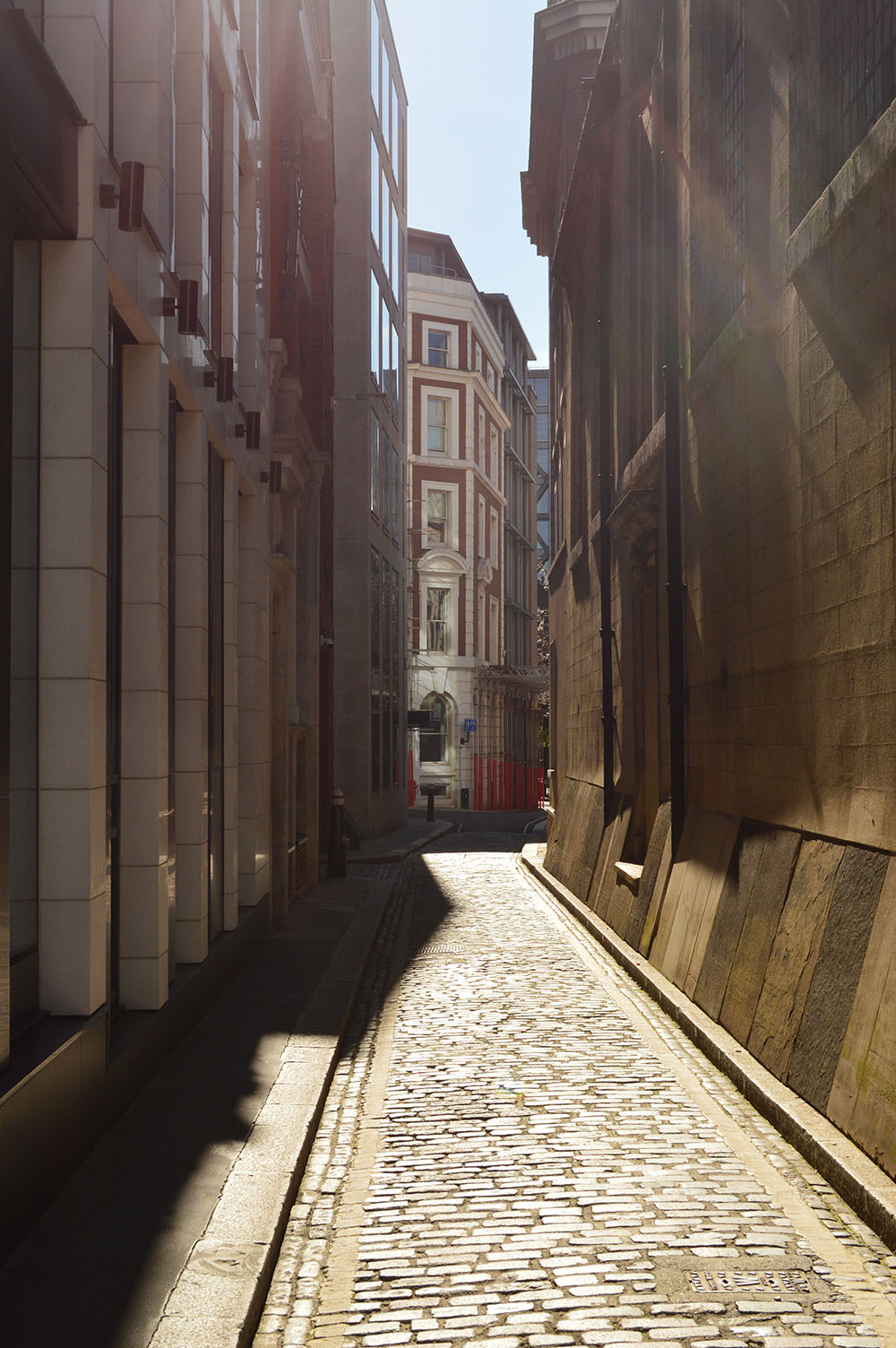 The view along Skinners Lanes 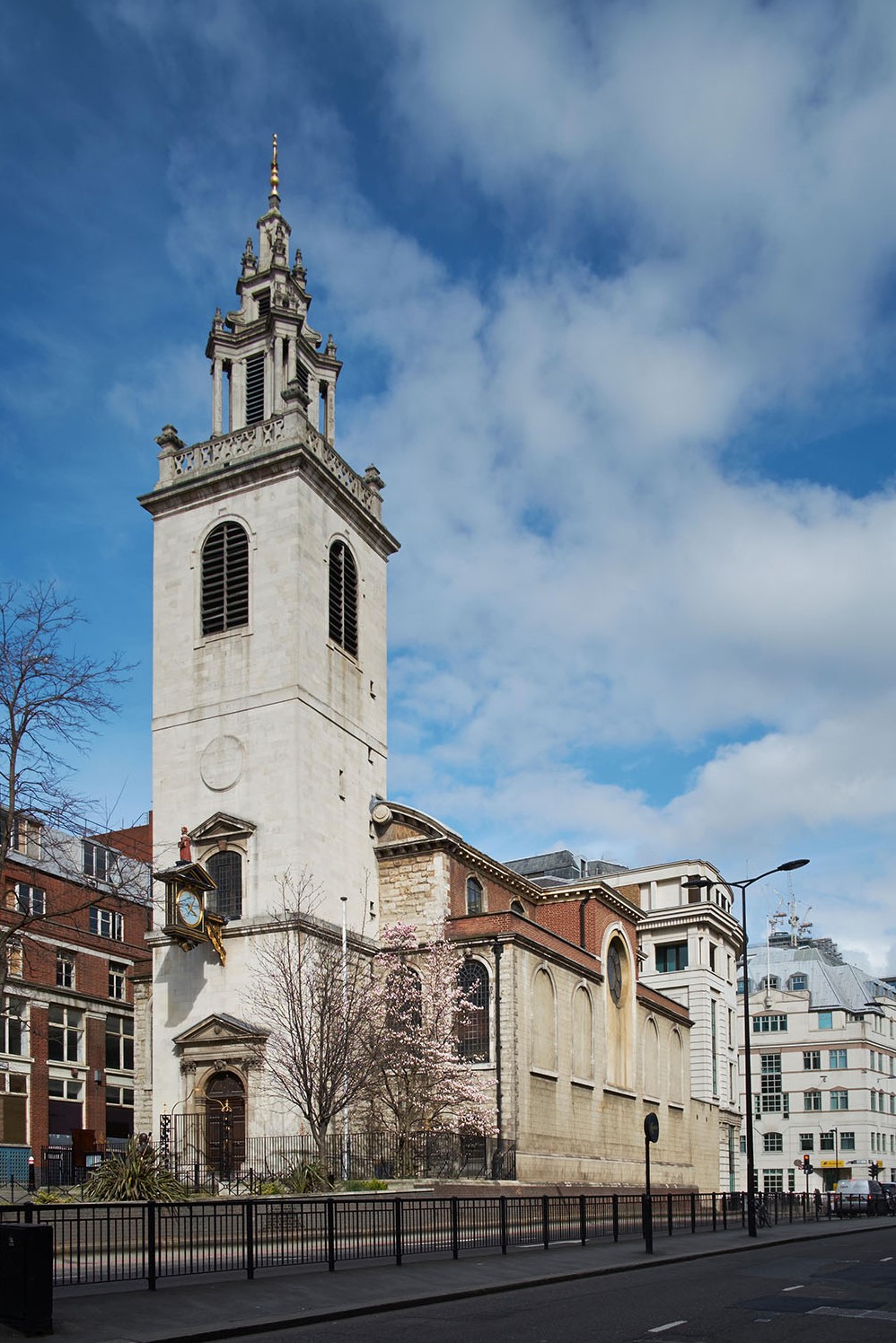 If you enjoyed this, you might enjoy the historic treasures within our building: