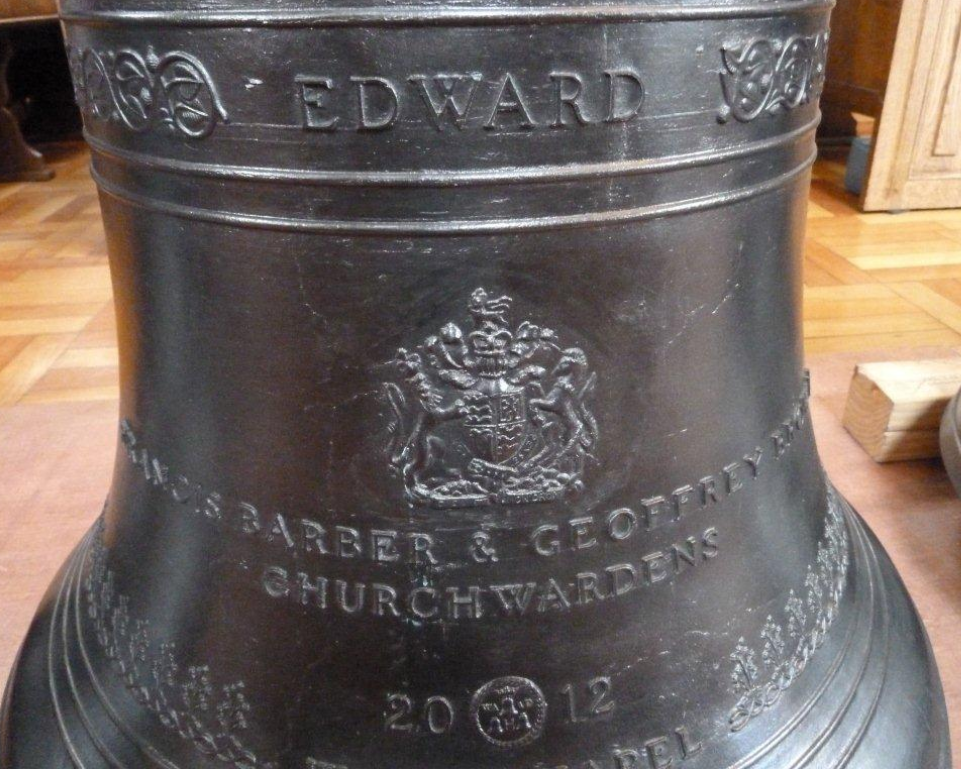 One of the eight Royal Jubilee Bells cast in 2012. This is the E# bell known as The Crace Bell, and is called Edward, after the Earl of Wessex

The 4th of July means Independence Day for Americans, but at St James Garlickhythe it will always be remembered as they date when the Royal Jubilee Bells were first rung from our church tower.

The bells were the brainchild of our captain of bell ringers, Dickon Love, and formed the centrepiece of the Queen’s Diamond Jubilee in 2012.

The bells – eight of them – were cast at the Whitechapel Bell Foundry. You can watch a video about their casting below.

They were mounted in a specially designed tower on a barge at the head of a flotilla of 1,000 boats and were rung by a band of bell ringers from the Ancient Society of College Youths.

The largest of the eight bells weighs half a tonne.

Each bears the Royal Arms and is named after a senior member of the Royal Family, with the largest called Elizabeth and the others called Philip, Charles, Anne, Andrew, Edward, William and Henry. 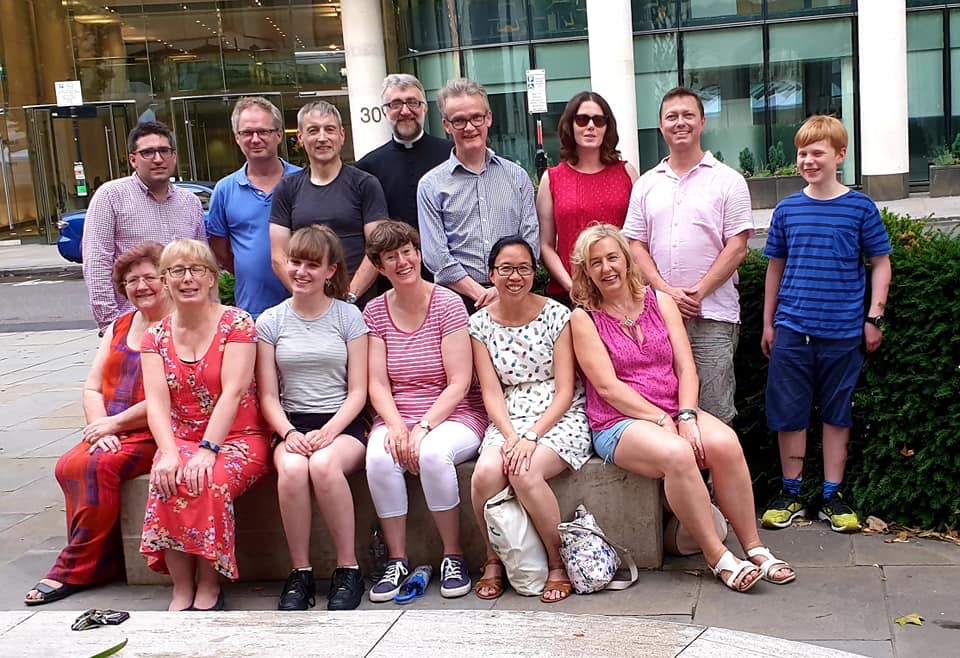 The bells were funded by members of the church through a campaign led by Sir Andrew Parmley, our Director of Music, and were sponsored by individuals from the congregation and Livery Companies. Each bell has their sponsor’s name on it.

Our bells are also record breakers: in 2013, our bell ringers carried out the longest peal of church bells ever to take place in the City of London.

The peal consisted of 18,432 changes in a method called "Superlative Surprise Major", and was completed, non-stop, in 10 hours 17 minutes, beating the previous record by nearly an hour.

City churches have a long and rich tradition of bell ringing, and we are justly proud of our Royal Jubilee Bells, which are rung by groups who travel from all over the country to ring them.

If you wish to know more, please email Dickon at dickon@lovesguide.com.

Another of our prized sights is 'Jimmy Garlick'. Find out about him here: