‘Let your lights so shine before men, that they may see your good works, and glorify your Father which is in heaven.’

Offertory sentence from the Book of Common Prayer 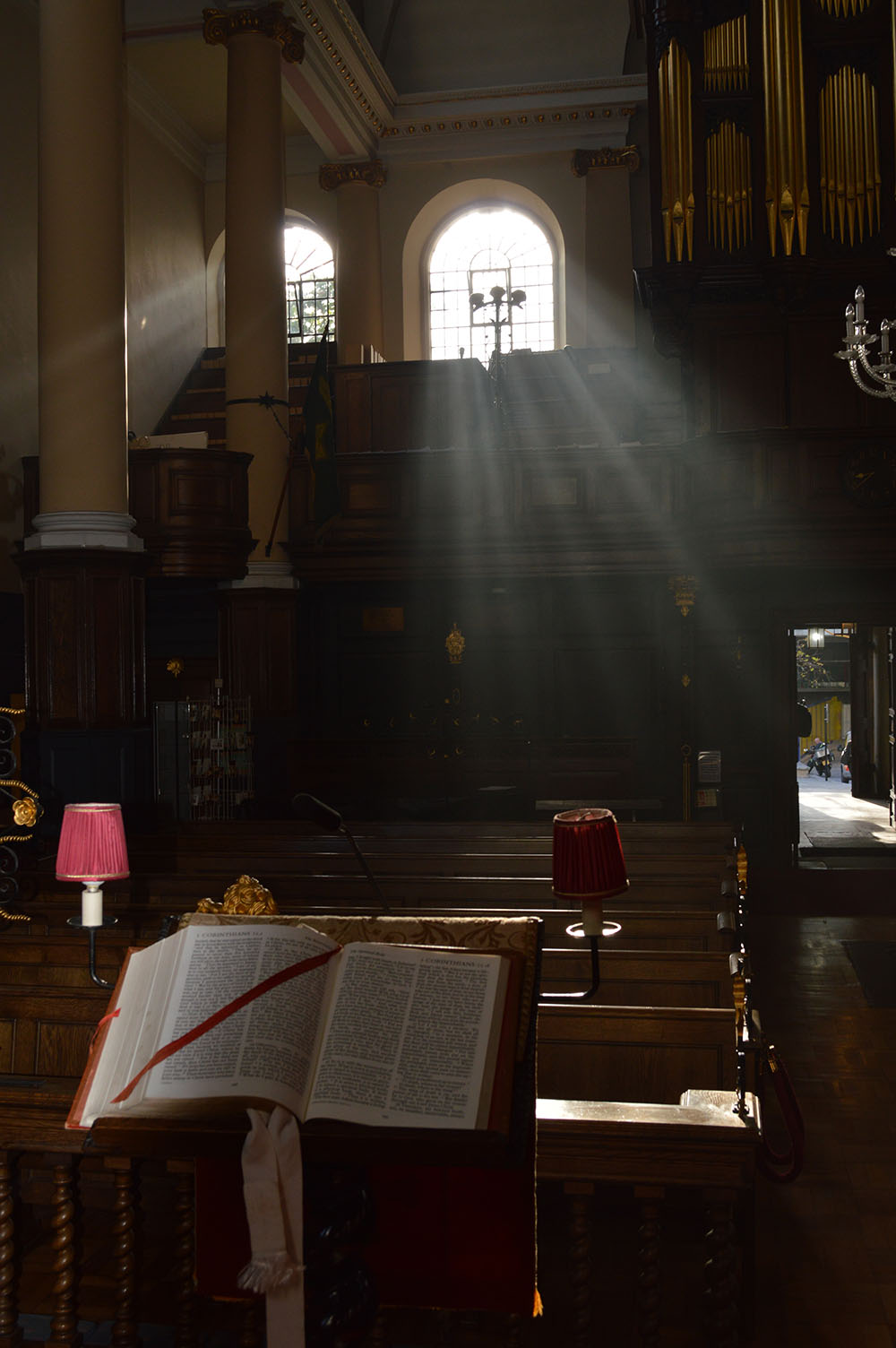 The church is dedicated to the St James ‘The Great’, the brother of St John the Evangelist and one of the first followers of Jesus. The 14th century church seems to have been under the patronage of both brothers.

According to tradition, St James preached the Gospel in Spain and, following his martyrdom in Jerusalem in the year AD44, his body was taken to Santiago de Compostella in the northwest of the country, where it remained undiscovered for almost 800 years.

The cathedral built to house his remains was second only to Rome as a place of pilgrimage, and the scallop shell which pilgrims took home as proof they had completed the pilgrimage became the emblem of the saint and can be seen throughout this church.

Why ‘Garlickhythe’? Well, ‘hythe’ is the Saxon word for landing place. In this case, garlic was landed somewhere between Queenhythe and Vintners Hall and then sold on Garlic Hill.

The parish stretches from Gardners Lane in the west to Angel Passage in the east. Its southern border is the River Thames, and to the north the boundary snakes through the lanes south of Cannon Street.

The majority of the parish area comprises the Wards of Vintry and Dowgate, two of the 25 wards that make up the political map of the Square Mile.

In 2011, the Census gave the resident population as a mere 320 and though that number has increased slightly it is still very small. Everyday, however, tens of thousands of people pour into the parish to work. The Nomura building alone, at the east end of the parish, is workplace to around 4,000 people! 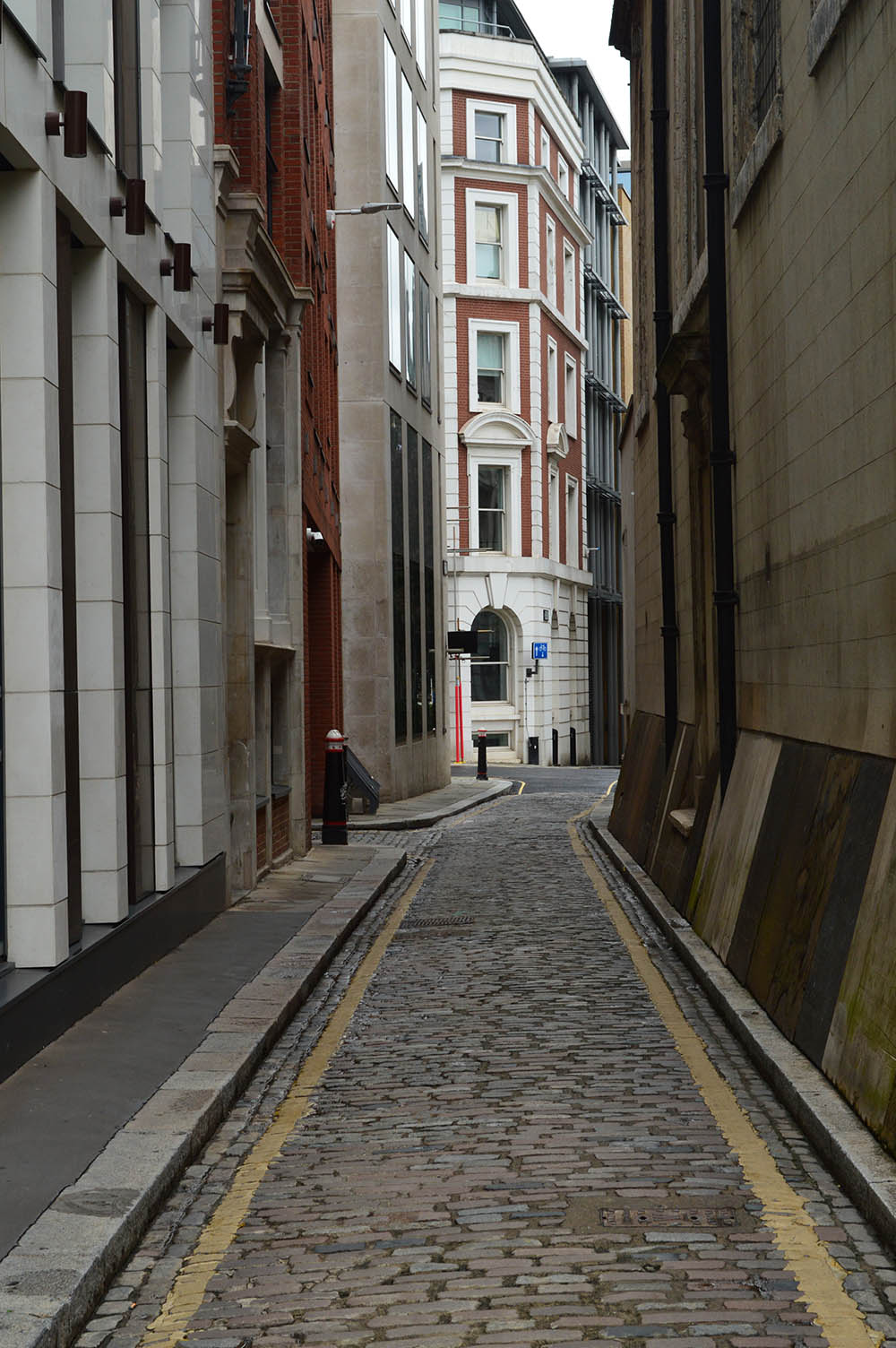 The view up Skinners Lane 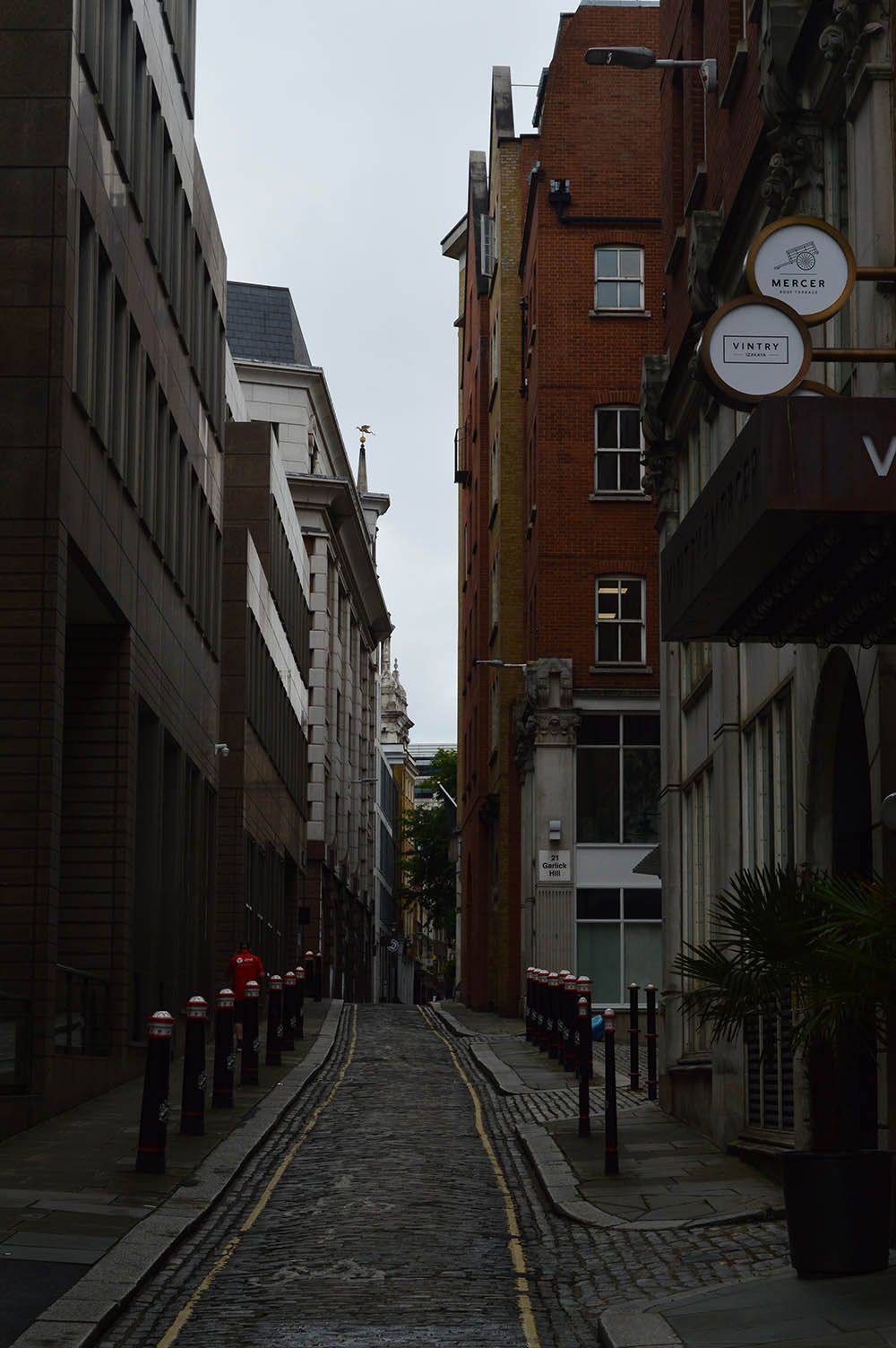 The view up Garlick Hill