‘In 1982 the organist of one of the Wren churches in the City asked me to stand in for him [at St James], and he never came back – so I’ve stood in for him for 35 years.’

St James Garlickhythe has a fine tradition of celebrating the greatest in English choral music. Our honorary organist is Sir Andrew Parmley, currently the Chief Executive of the Royal College of Organists.

We have a number of choirs that rotate through the month. 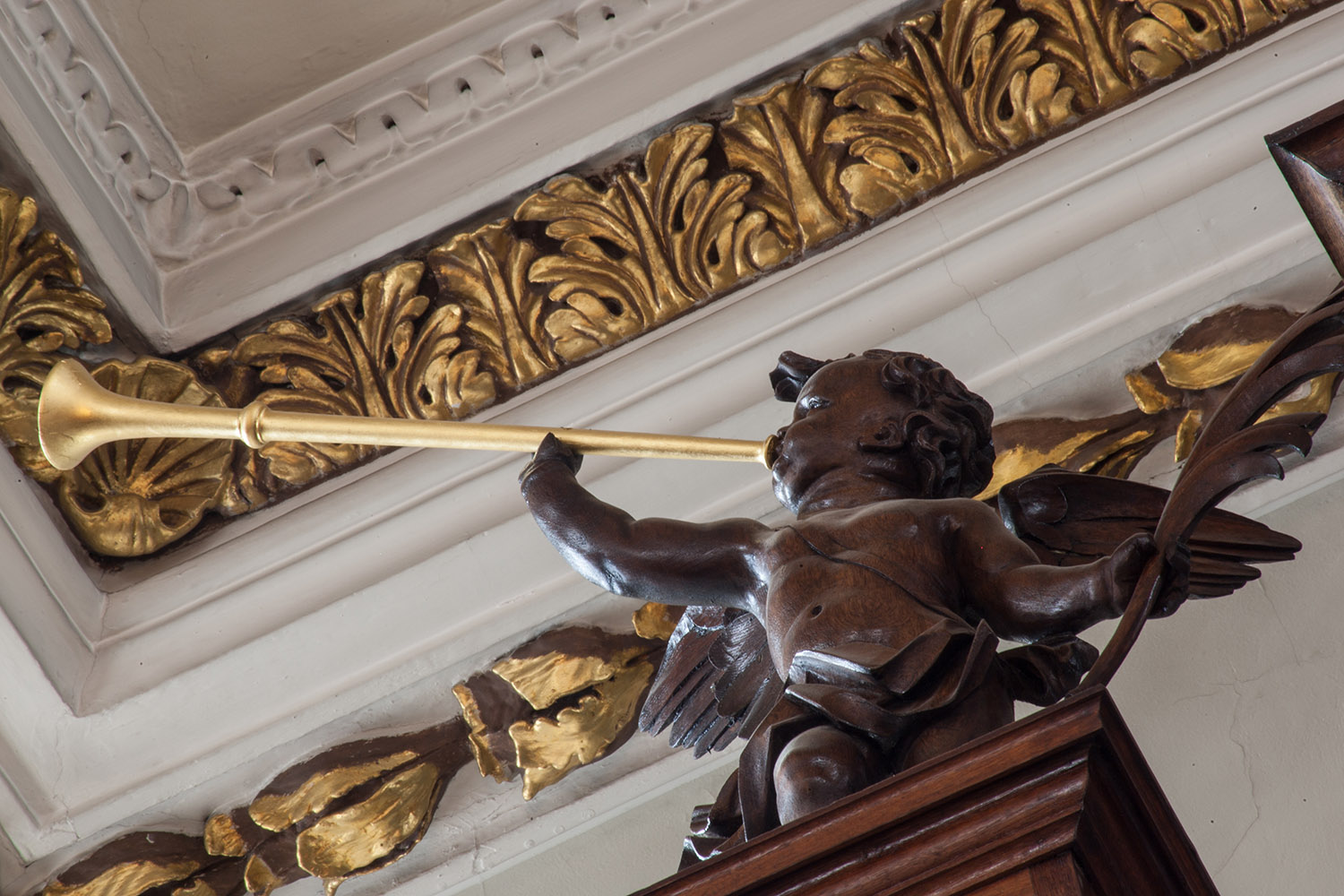 A cherub atop the organ 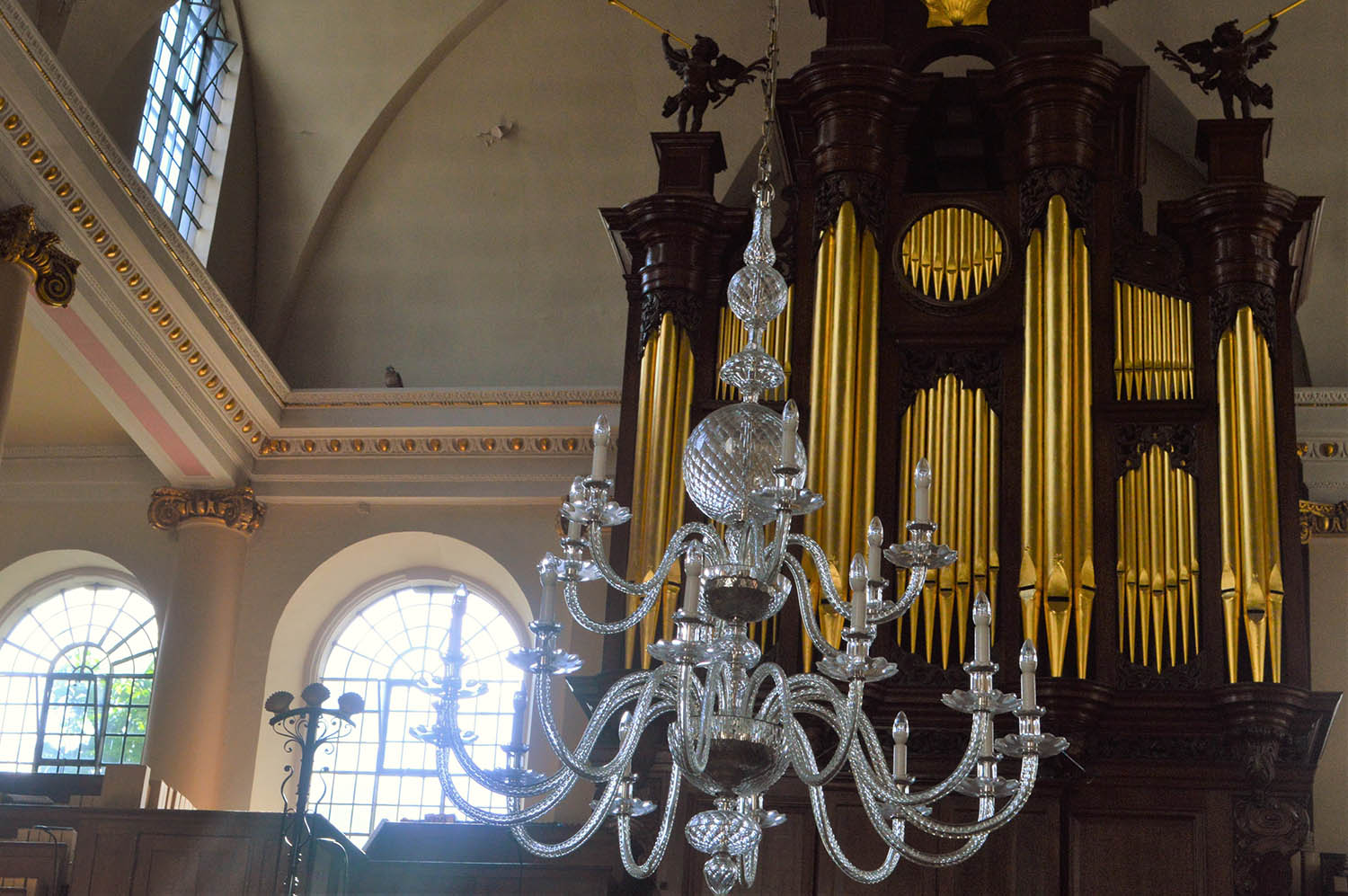 The church organ was originally thought to be a Father Smith of 1697 but turned out to be a 1718 Knoppel.

It’s a three manual organ, with pedals added in 1888. In 2007, our Honorary Organist, Sir Andrew Parmley, launched a major restoration programme which raised £325,000.

If you wish to know more about our music, please contact the parish administrator at adminSJG@london.anglican.org.