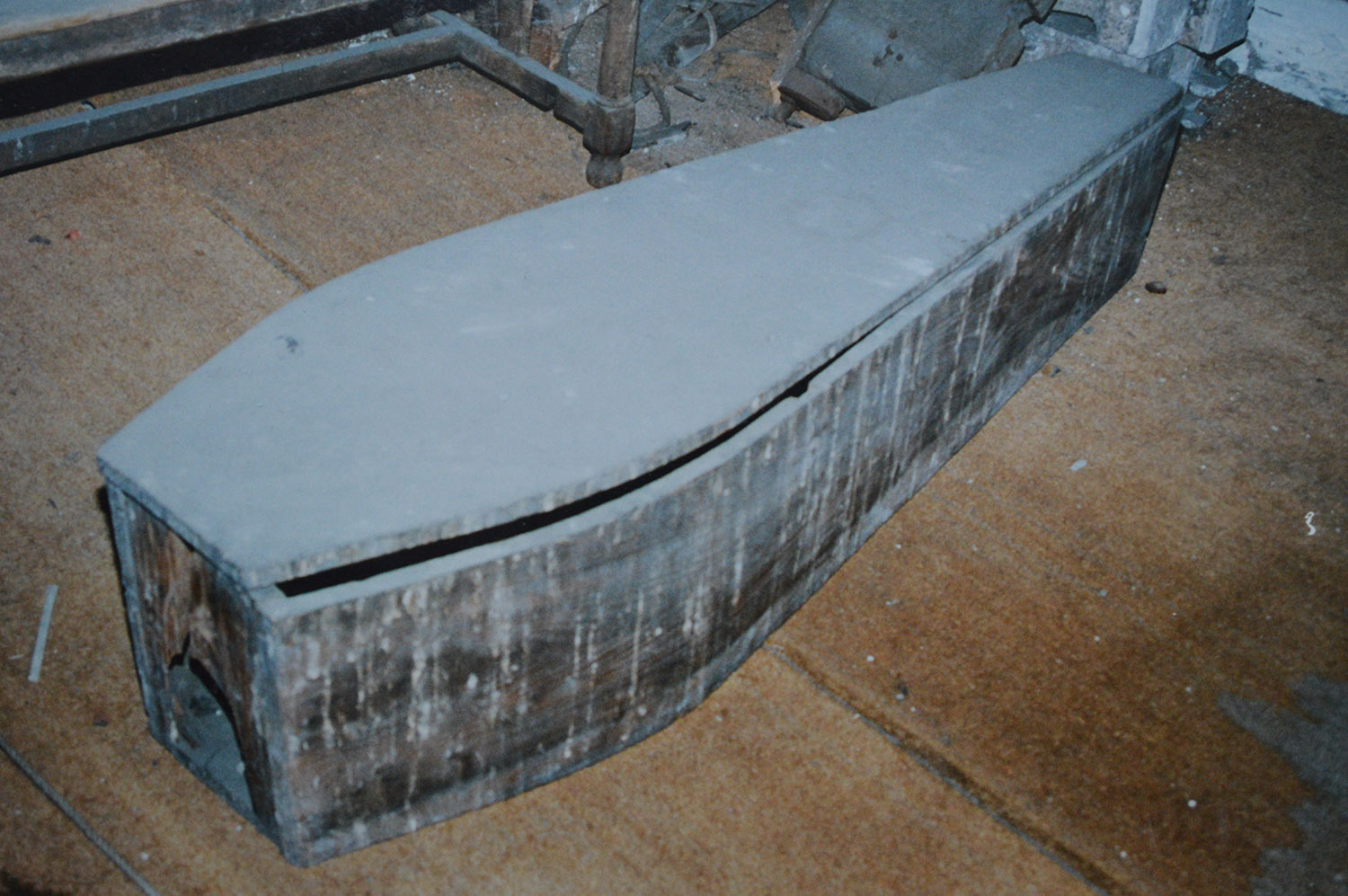 The former parish coffin: it would be used for burials, then brought back to church ready for the next one!

In the 1830s, as the chancel was being excavated as part of work to replace the tiles, a body was discovered.

The mummified remains of the corpse were given a name – Jimmy Garlick – and so the legend began.

The body should probably have been interred with all the remains being removed from City churchyards to be reburied in City of London cemetery in east London but a mummified body was too irresistible for the church wardens, who kept it and put it on display for visitors who would have to pay ‘a bob’ for the privilege of gazing at his remains.

Of course, it wasn’t long before stories began to circulate that Jimmy was now haunting the church in ghostly ire at being made a figure of public display!

According to Psychic News, “St James’s reputation as a haunted church began only after the discovery of the corpse, who was known as ‘Jimmy Garlick’. Visitors claimed to have felt a presence in the building and it was theorised that the ghost of the mummified man was unhappy about being put on display for a paying public. It’s also said that choirboys sometimes carried the mummy around the church in jest, something that can hardly have pleased ‘Jimmy’!”

(That last part, by the way, is true and was happening only twenty years ago.)

There is also a story that up until the Second World War, parishioners spotted a shrouded man walking through the church before air raids. A fireman risked his life during a bombing raid to 'rescue’ a pale-robed man who refused to quit the church, and then faded from sight before his eyes.

Others report a grey cowled figure, arms folded across the chest, gazing eastwards toward the altar.

Analysis by the British Museum at one time had postulated that he was an adolescent who died at the turn of the 18th century.

In 2004, Jimmy featured in the Discovery Channel documentary series 'Mummy Autopsy', which used modern analytical techniques including carbon dating and x-ray analysis, to establish that he probably died between 1641 and 1801 and that he suffered from osteoarthritis, a disease that afflicts older people.

Physical examination by the Discovery team showed that the mummy appeared to be balding and suffered tooth decay at the time of death, both consistent with an older person. 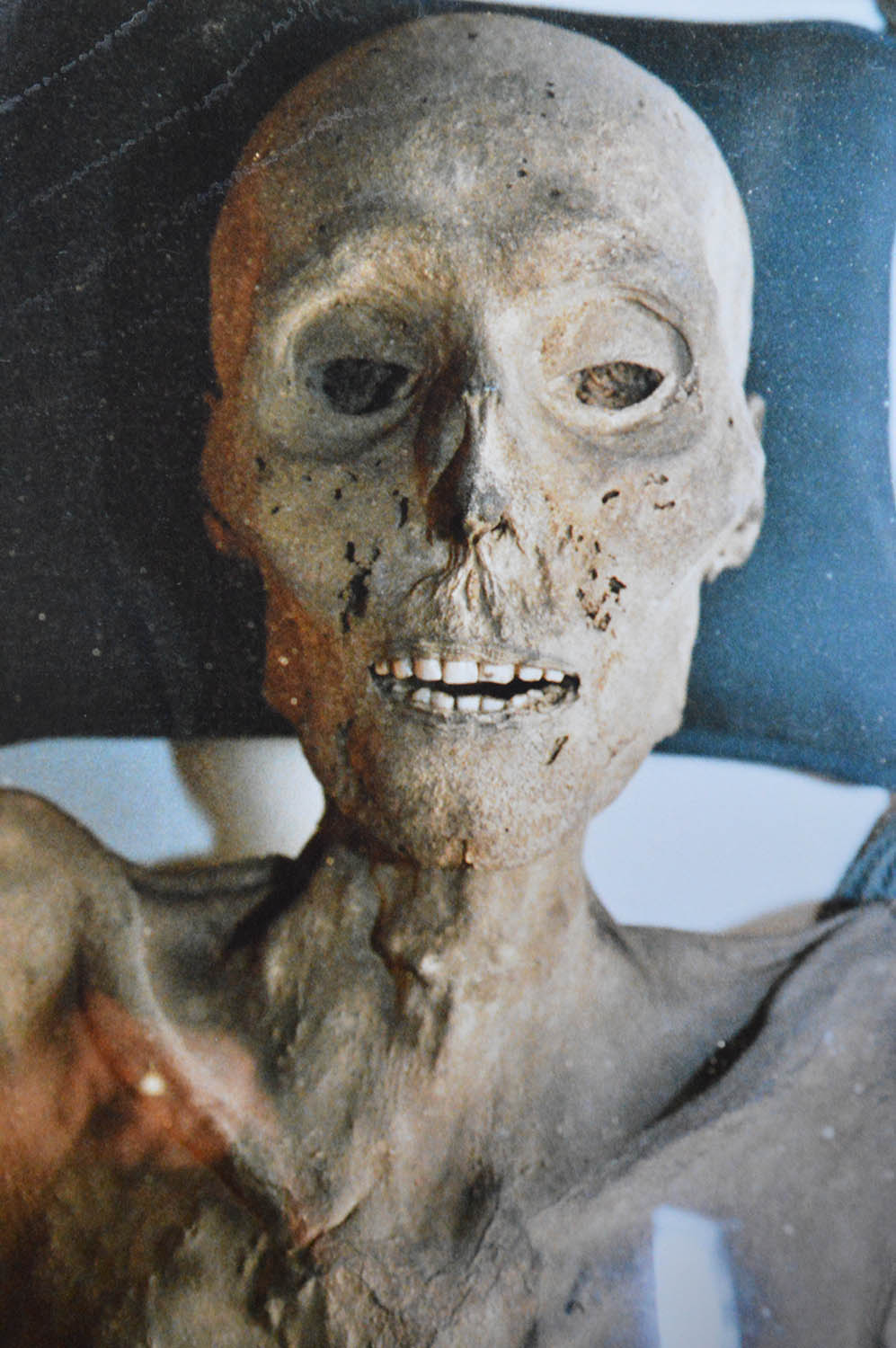 Of course, theories abound about his identity, but the most obvious explanation is that he was a sailor who died on board a ship docked close by and was buried in the church in the late 1700s or early 1800s.

One fact against that theory is that only important people would have been buried so close to the sanctuary, so he is unlikely to have been a mere ship’s hand.

Some people have made a connection between Jimmy and a memorial on the north west wall to one Seagrave Chamberlain, who died of fever in 1765.

The truth is we will never know the identity of Jimmy Garlick, and perhaps that is no bad thing.

Mention should also be made of the other ‘ghost’ said to haunt the church: that of the famous cat belonging to the even more famous Dick Whittington.

Richard Whittington was a Mercer and four times Lord Mayor of London and, according to one legend, sells his cat to rid a far away land of its rodent infestation. 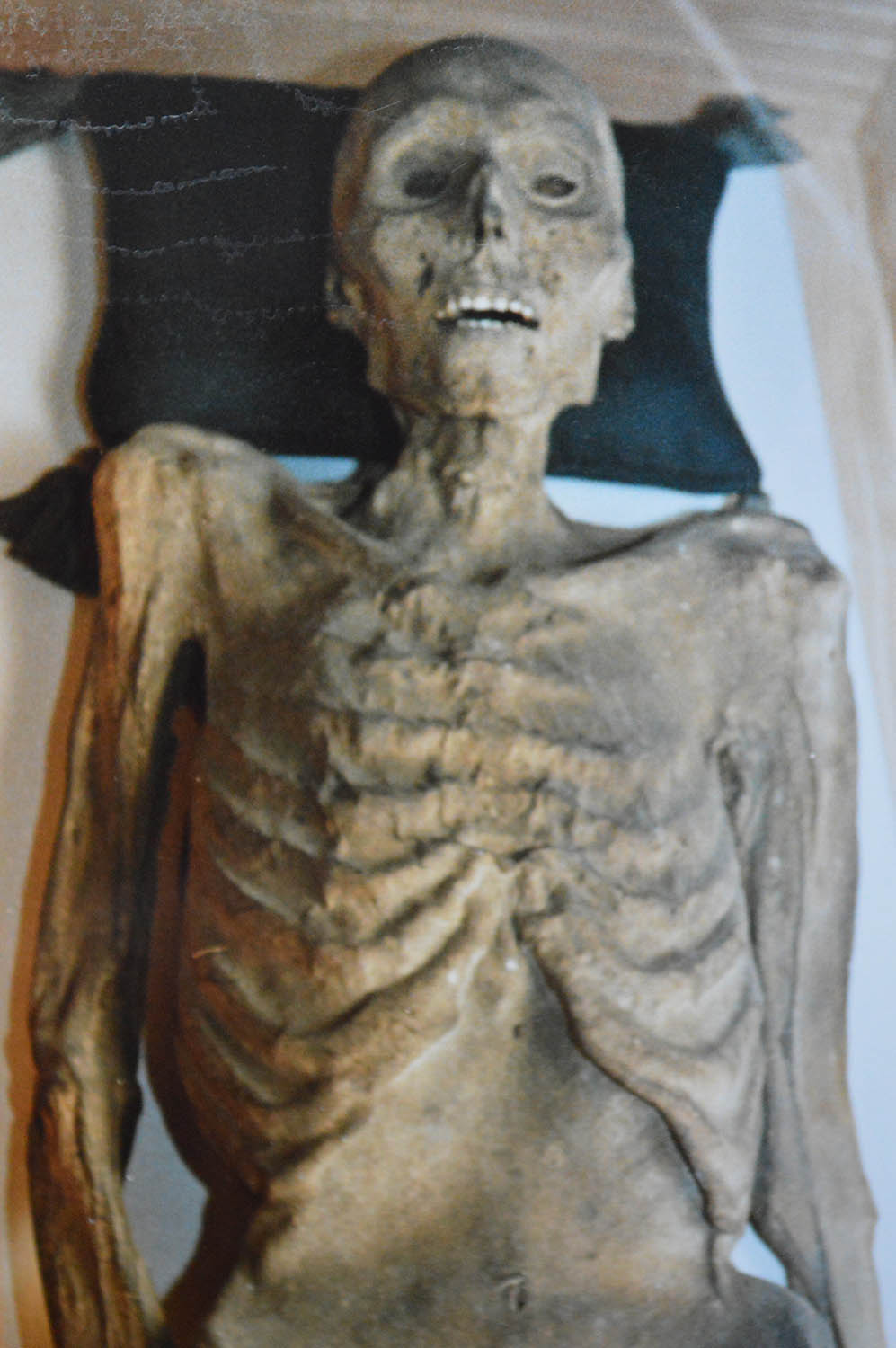 Read about the people who take care of our church here: